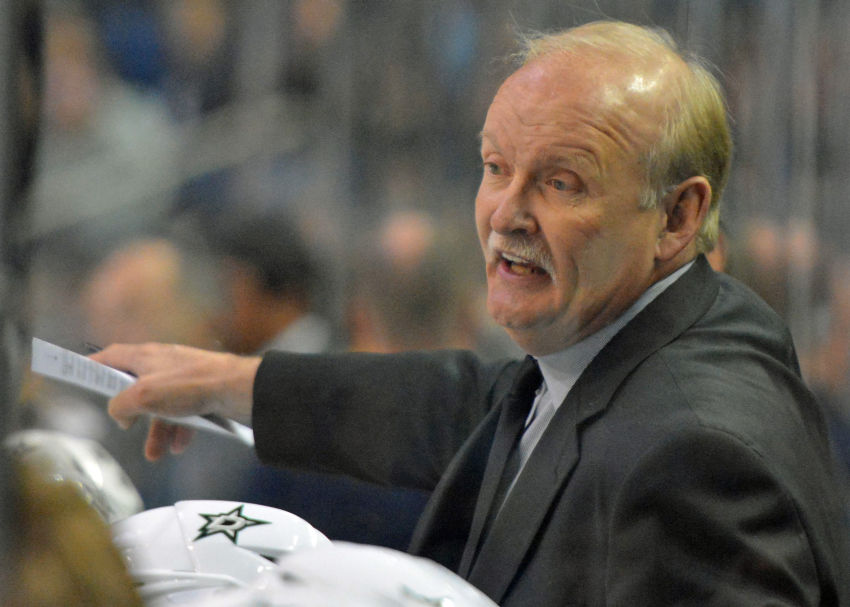 When did the Dallas Stars’ Lindy Ruff have all that before? Nine years ago, when Ruff coached a slick young Sabres team to the 2006-07 Eastern Conference final following a 113-point regular season.

Back then, Ruff had a stacked club led by co-captains Daniel Briere and Chris Drury and young talent like Brian Campbell, Ryan Miller, Jason Pominville and Thomas Vanek.

With a 3-1 victory against the Sabres inside the First Niagara Center, the Stars earned their NHL-best 15th win Tuesday and tied the Montreal Canadiens and New York Rangers for the points lead (30).

“I think our setup is very similar, where we’re pretty deep when it comes to scoring, probably three, four lines deep,” Ruff said about the two teams. “A lot of times you go on the road and the other teams are doing a pretty good job against your top line limiting opportunities, but our secondary scoring has been able to push through and help us win games.

“The team speed is very similar. I think in today’s game you got to be able to skate. When you can skate, you can generate.”

The Stars’ first line – Benn, Seguin and Patrick Sharp – is the NHL’s best, having already combined for 29 goals and 67 points.

With Benn and Seguin, who rank second and third in league scoring, the Stars, who missed the playoffs last season, have become a marked team each night.

“I think it’s a good challenge,” Spezza said. “I think it forces you to bring your best game every night, creates good habits, too, because if you let your guard down, you lose. I think it’s created good habits in the dressing room. I think it’s pushed us to become a better team. I think that’s what you want, you want to be the team that teams are looking to bring their best game against.”

Perhaps most impressively, the Stars allowed only 2.61 goals a game through their first 18 contests, down from 3.13 last season.

“We were good offensively (last season),” Ruff said. “We weren’t good enough or committed enough away from the puck and it cost us.”

After Evander Kane suffered a left MCL injury Oct. 24, the Sabres winger took a positive approach. When doctors told him he would be sidelined four to six weeks, he aimed to return after three and a half weeks.

“I’m a big believer in the mind’s a powerful thing,” Kane said Tuesday morning after skating with his teammates. “If you tell yourself you’re feeling better every day, you’re getting better. The mind can heal as well.”

Barely three weeks after getting injured, Kane is close to returning. He plans to accompany the Sabres on their two-game road trip later this week and wants to play.