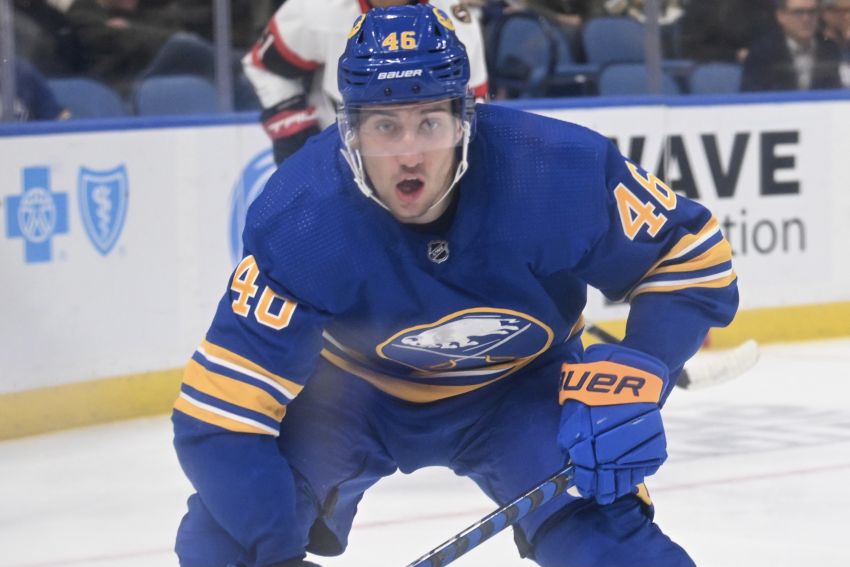 BUFFALO – Sabres defenseman Ilya Lyubushkin practiced on Wednesday for the first time since suffering a lower-body injury Nov. 28 but likely won’t play in tonight’s road game against the Colorado Avalanche.

“He hasn’t had a lot of practice time, so that would be a concern,” Sabres coach Don Granato said of the Russian returning to the lineup right away.

Granato said he hadn’t spoken to the Russian about how he felt after participating in Wednesday’s session.

The Sabres also play road games Saturday against the Arizona Coyotes and Monday versus the Vegas Golden Knights.

“It’s tough questions because I need to check how it might feel tomorrow,” Lyubushkin said of when he could return. “One day it’s better, one day it’s more sore. But it’s day by day now.”

In other injury news, Granato said winger Vinnie Hinostroza, out the last six games recovering from an undisclosed injury, is ready to play. Hinostroza, 28, returned to practice on Monday.

“Based on what I saw, I’m comfortable he’s had enough time now,” he said. “He’s pushed it enough.”

One thought on “Ilya Lyubushkin practices with Sabres, nearing return from lower-body injury”