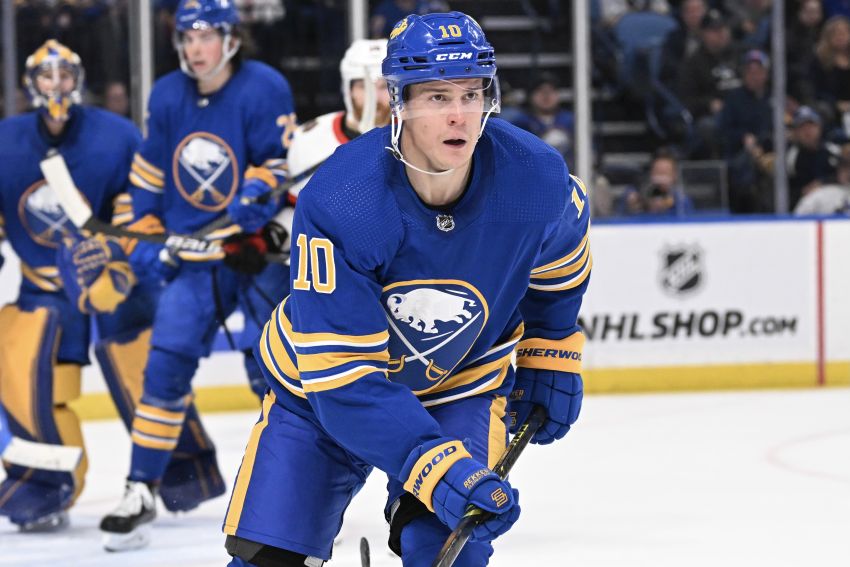 BUFFALO – Shortly before Wednesday’s practice, Sabres defenseman Henri Jokiharju was on the KeyBank Center ice skating in a gold jersey and tinted visor. When the session began, he stayed out, participating in a non-contact role.

The Finn, 23, hasn’t played since a puck hit him in the face early in the Sabres’ 6-3 win over the Calgary Flames in the fourth game this season.

“It’s lots of fun,” said Jokiharju, who has missed the last nine games. “Sometimes skating by yourself and a couple coaches is kind of miserable.”

Granato said Jokiharju did not feel fatigued following the session.

“From the injury standpoint, it was a great day for him,” he said.

The tinted visor, of course, helps with light sensitivity.

In other news, the Sabres on Wednesday sent defenseman Jeremy Davies back to the Rochester Americans. Davies, 25, did not play any games during his recall.

The American’s energy can help ignite the Sabres following Tuesday’s weak 4-1 loss to the Arizona Coyotes.

“When you think of last night, you think of we probably needed a little bit more energy,” Granato said. “We could have won the game, but did we deserve it? I don’t know. But we didn’t seem to have enough of that get-after and obviously you think of Vinnie and you say that, they go hand in hand.”

Rookie winger Jack Quinn will likely be the odd man out.