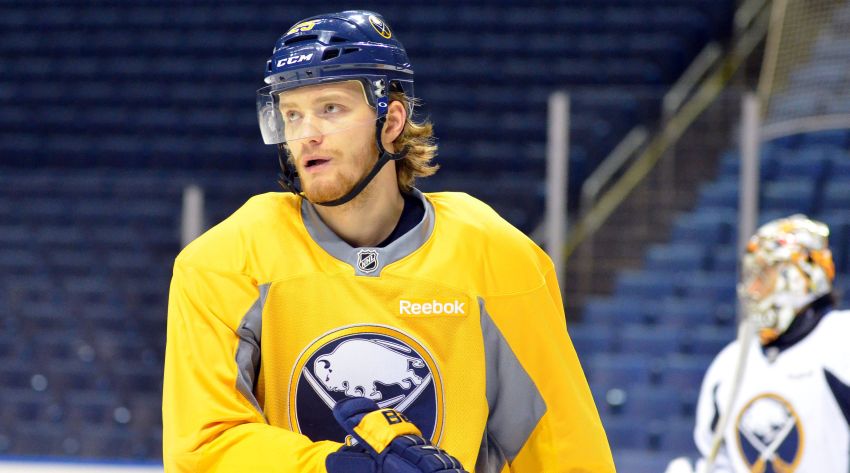 “But I always changed places,” Grigorenko, who’s in his second stint with the Sabres, said this morning after practicing inside the First Niagara Center. “All the time it’s been like new challenge, new season. I came back here and all my emotions, they just started all over again. I feel really good.”

With Patrick Kaleta (hand) out Monday, Grigorenko will make his 23rd NHL appearance and first since March 12.

Check back later for a longer story on Grigorenko.