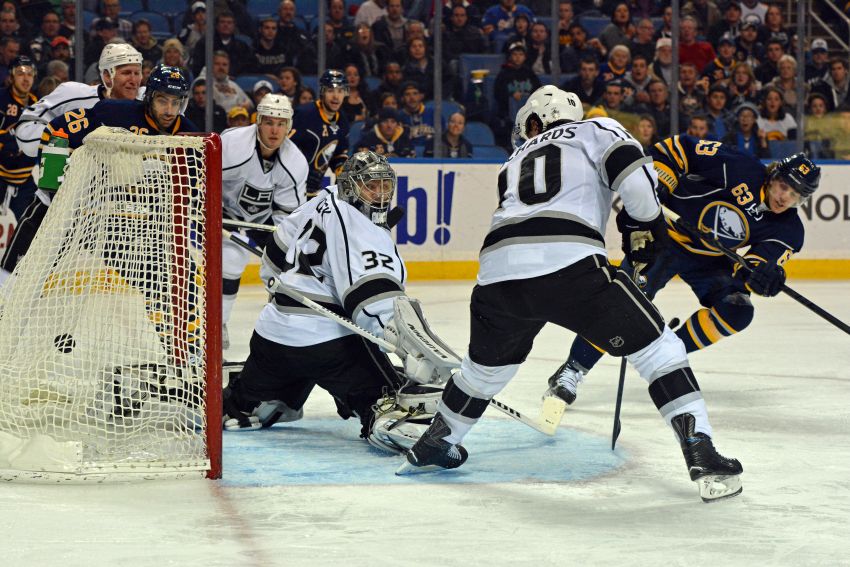 BUFFALO – While there has been no official designation, Sabres goalie Jhonas Enroth started again Tuesday, his seventh nod in the last eight games.

Two months into the season, the 26-year-old Swede has quietly become the rebuilding team’s No. 1 netminder, showcasing a calm, steady style each night.

The Sabres have won seven of the last 10 games. Enroth has six of the triumphs.

“He’s playing great,” said Sabres winger Tyler Ennis, who scored the game’s only goal. “He’s one of the biggest factors why we’ve been winning this last month. Our defense is doing a great job boxing out in front of him, but when we break down, he’s there to make a good save.”

While the Sabres still allow a lot of shots, they have been limiting prime scoring chances and stymying shots. They blocked 25 shots Tuesday.

“This was actually one of our easier games,” Enroth said. “Everything was pretty controlled. I put myself in a good position all the time and I was pretty sharp all game through. So it was a perfect win all the way around.”

Perfect but hardly entertaining. It was boring, low-chance hockey all night. Both teams generated only a handful of strong scoring opportunities before the 18,438 fans inside the First Niagara Center.

Sabres coach Ted Nolan said he wanted to play “rope-a-dope” with the Kings.

“We talked about it, you don’t want to go into a slugfest with a champion,” he said. “I mean, they’re a big team, they’re a heavy team. We know we can’t battle pound-for-pound. We thought we’d stick and battle and weave.”

Ennis added: “They’re one of the best teams and they’re boring. They play a heavy game. They work you down low. It’s not exciting, but we knew that and we knew we had to battle them, match their compete level, match their hitting.”

The Sabres’ feeble, NHL-worst power play provided the game’s only goal, just the sixth all season. Ennis buried Matt Moulson’s pass from behind the net in front 4:00 into the third period, his eighth goal this season.

With Enroth in a groove, they only needed one goal.

“I’ve been feeling very sharp,” Enroth said. “Even the game in Tampa, I thought I was doing well. I know we gave up five goals, but that was just bad bounces, all five goals. … The last two or three weeks I’ve been pretty sharp.”