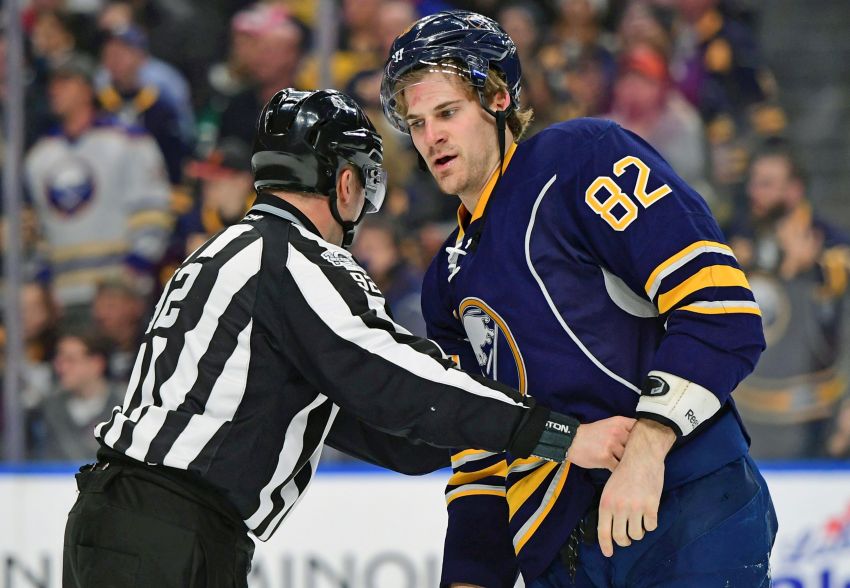 “You’re coming to a team that’s goal is to win the Stanley Cup, and Buffalo’s still in a rebuild,” Ennis said this afternoon.

Yes, the reeling Sabres rank last in the Eastern Conference, losers of six straight games entering tonight’s tilt. Despite a 9-8-3 record, the Wild are last in the ultra-competitive Central Division.

Clearly, a fresh start has energized Ennis and Foligno, who will play as visitors tonight at KeyBank Center for the first time since getting traded June 30.

Of course, Ennis and Foligno are grateful for their Sabres careers. Being back in town is special.

What kind of reception do they expect from Buffalo fans tonight?

“I don’t know,” Foligno said. “It’s going to be interesting. I’d like to think that they appreciated my time here and I appreciated it here, too. I loved being in Buffalo. It’s my home, being born here as well. Maybe a boo or two, but hopefully nothing too loud.”

With the Wild, Ennis said he has “been up and down in the lineup.” He has a nine-game goal drought entering tonight’s contest and just three goals and five points in 20 games overall.

In Monday’s 4-3 overtime loss to New Jersey, Ennis skated below 10 minutes for the third time this season.

Foligno has three goals and seven points in 19 contests.