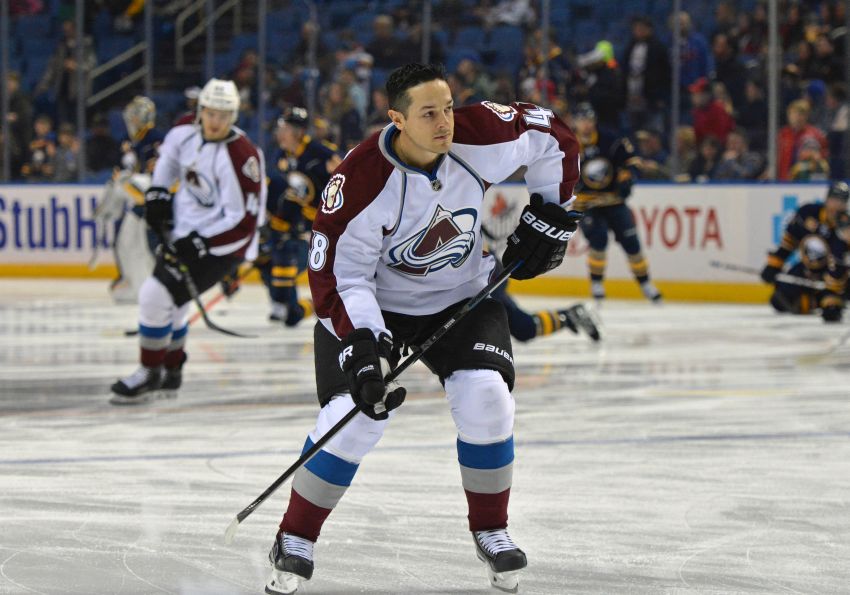 But the likable Briere won’t speculate about how long his once-dynamic career will last. Instead, he’s trying to treasure his remaining days in the NHL.

One of those moments came Saturday in what was possibly Briere’s final visit here, a 5-1 Sabres loss to the struggling Avalanche.

“Buffalo will always have a special place for me in my heart,” he said.

Briere was perhaps the most popular player on the dynamic post-lockout Sabres teams that reached consecutive Eastern Conference finals in 2006 and 2007. The co-captain was a point machine, scoring 95 in 2006-07, the franchise’s highest total in the last 21 years.

These days, Briere has a dramatically different role. He had six goals and just one assist in 24 games entering Saturday. Leadership has become his greatest asset.

“We’re very happy with him,” Avalanche coach Patrick Roy said. “First of all, we thought he’d be a great third-line guy for us, and that’s exactly what he’s done. …

“But I think his leadership example, he’s calming down the guys, talking to the guys. He’s having a lot of things to share to our team. As a veteran, I think he’s a perfect fit for our team.”

“I feel like (my teammates) bring a lot of energy,” he said. “It forces me to keep up with them.”

Briere said joining the Avalanche, his third team in three years, has been a good experience. He likes the team and coaching staff, including Roy, a legendary goalie he was surprised to find out was a “players’ coach.”

“You can tell that he really cares about all his players, and that’s pretty neat,” Briere said.

But Colorado, one of the NHL’s biggest surprises last season, has been a colossal disappointment this campaign.

“It’s just a matter of time before everything gets together and clicks again for this team,” said Briere, who was traded from Montreal in June. “It’s going to be a dangerous team for many years to come.”

Briere still follows the Sabres from afar. They haven’t sniffed the success they had with the diminutive scorer since they let him leave in 2007.

But the rebuilding club impresses Briere, who likes coach Ted Nolan and the stockpile of young talent.

“I think this is a team that’s going to be dangerous in a few years,” Briere said. “I really like what they’re doing. Sometimes that’s what you need to do, it’s tough for a few years to kind of take a step back. But already you can start seeing the team is playing a lot better. It’s not a team you can take for granted by any means. … They’re going in the right direction.”