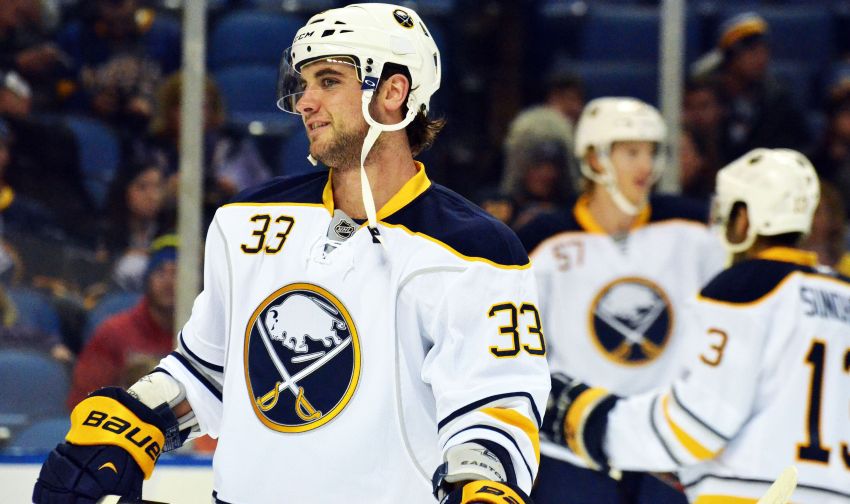 BUFFALO – Ron Rolston’s Feb. 20 promotion to the Sabres as interim coach meant more comfort for T.J. Brennan, who was playing sparingly under Lindy Ruff. The 23-year-old had just spent almost two seasons thriving under Rolston in Rochester, developing into one of the AHL’s slickest defenseman.

“(Rolston) knew my style and knew my type of play,” Brennan said by phone Wednesday. “I think that was a good change for me. But, I guess, at the end of the day there were other plans.”

The day was March 15, when the Sabres traded Brennan, their seventh or eighth defenseman most of the season, to the Florida Panthers for a fifth-round draft pick.

“It’s obviously a bit of a surprise,” Brennan said about getting dealt. “Leaving the Buffalo organization after seven years now, (it felt) a little, I don’t know, hard to swallow at first. You don’t really know any better. You don’t know anyone else. … It’s definitely a little bittersweet.”

Luckily for Brennan, he knows at least one person in Florida, the passionate Kevin Dineen, an influential presence in his rise to the NHL. Dineen coached Brennan two seasons with the Portland Pirates before taking over the Panthers, who host the Sabres tonight.

Dineen taught Brennan how to act professionally and find the confidence to play at any level.

“That’s taken me through the minors and getting me started here in the NHL,” Brennan said. “So I owe lots of thanks. Hopefully, things can click again here with him.”

So far, Brennan has played five times with the Panthers. They scratched him for the first time Tuesday, although he’s still receiving more action than with the Sabres, who dressed him only 10 times in 27 games.

Brennan acclimated to the Panthers quickly, scoring his third NHL goal while playing a career-high 23:42 in his March 16 debut.

“Everything’s been pretty good so far,” Brennan said. “All the guys, they’ve made me feel really comfortable here. From what I’ve seen so far it’s a really good, high-class organization. Obviously, being with Kevin Dineen before made things a little easier. So it definitely helps the transition being thrown into the fire.”

“For myself, I always try to look at the positive of things,” Brennan said. “There’s a lot more really good guys I can meet here in Florida.”

Brennan kept improving during his four AHL seasons as a Sabres prospect. He compiled 15 goals and 39 points under Dineen in 2010-11. He had 16 goals and 30 points with Rolston’s Americans last season, when he played his first 11 NHL games.

The New Jersey native reached another level this season in Rochester, scoring 13 goals and 35 points in 36 games before getting summoned for training camp in January.

If Brennan didn’t have to clear waivers, the Sabres likely would’ve returned him to the AHL. Rather than risk losing him, they kept him as an extra defenseman.

As Brennan kept sitting – he played only four of the 10 games after Rolston took over – he wasn’t sure what would happen.

“It’s kind of out of my control,” he said. “When (general manager) Darcy (Regier) gave me the call I was traded, he was very professional about everything. He wished me all the best. I have nothing but respect for Darcy.”

Brennan also respects the process of becoming an NHL player. He knows he must earn his time.

“I’m confident in myself that this … learning process right now in the NHL is going to come through,” Brennan said. “Obviously, I’m not where I want to be right now in terms of playing. But it’s definitely great for me here in Florida, a team that wants me and seems like wants me to be a part of their success moving forward.”

Slick winger Thomas Vanek, the Sabres’ leading scorer, could play tonight after a muscle strain forced him out of Tuesday’s 2-1 loss in Tampa Bay, Rolston told reporters in Florida.

What does Rolston expect from the assistant captain, who has only four goals?