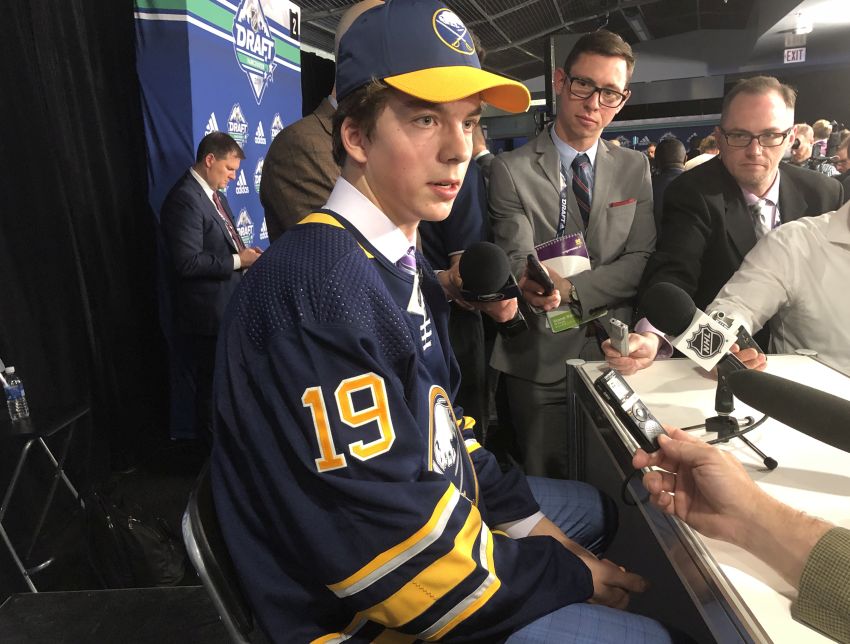 VANCOUVER – The Buffalo Sabres were expected to take a goalie this year, and sure enough, they selected Erik Portillo 67th overall today in the third round at the NHL Draft.

Portillo spent last season at home in Sweden with Frölunda’s under-20 junior team, compiling a 1.90 goals-against average and a .931 save percentage.

The 6-foot-6, 209-pound Portillo could play in North America next season. The junior United States Hockey League’s Dubuque Fighting Saints own his rights. Elite Prospects also lists him as a Michigan commitment.

Update: The Sabres traded the 122nd and 175th picks to the Vancouver Canucks for the 102nd selection, which they used to take Aaron Huglen, a forward from Roseau High School in Minnesota.

Huglen, like Ryan Johnson, a defenseman the Sabres selected 31st Friday, is committed to play college hockey at Minnesota next season.

Update: The Sabres traded the 177th and 191st picks to the Detroit Red Wings for the 143rd selection, which they used to take Swedish winger Filip Cederqvist.