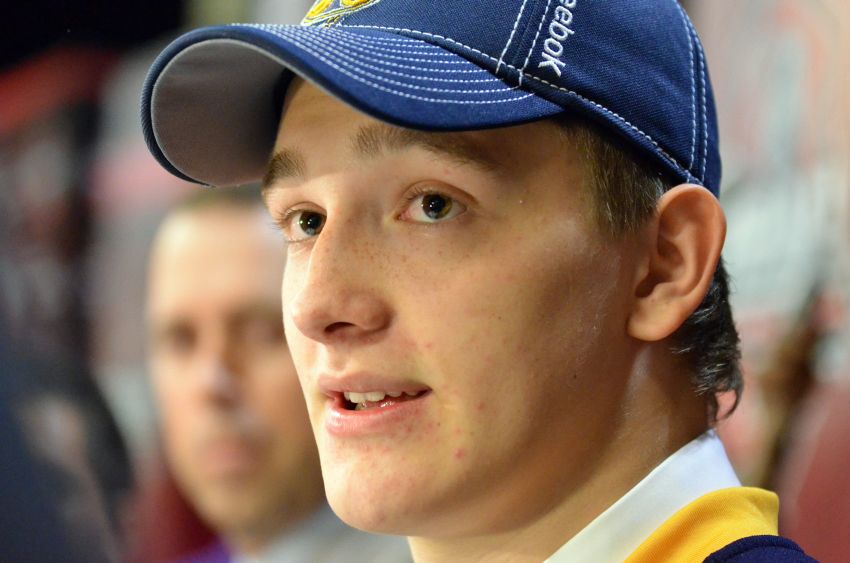 NEWARK, N.J. – How close were the Buffalo Sabres, who owned the eighth and 16th picks in the NHL Entry Draft, to moving up and grabbing the fifth overall pick?

The Sabres couldn’t have moved up any further than fifth, Regier said.

With some defense depth built up, the Sabres traded defenseman Andrej Sekera to Carolina for the 35th pick and defenseman Jamie McBain. The Sabres then selected forward JT Compher.

“I suppose it probably gives us options,” Regier said before the deal. “That wasn’t the intent.”

So far, those are two huge defensemen.

“I think I’m a two-way defenseman,” Zadorov said. “I’m a big guy and I can play a physical game. I just go out and I can do body checks and open-ice hits and I can shoot and score goals.”

Regier believes Ristolainen could crack the NHL next season because he spent two seasons playing in the SM-liiga, a European men’s league. Zadorov probably isn’t ready, though.

“The draft is at the forefront,” Regier said. “I think you’ll see free agency next, including the buyouts, and then I think teams will re-evaluate their position situations and go from there, whether that changes our situation with respect to Ryan and Thomas, I don’t know.”

Compher, a 5-foot-10 ½ center with the United States Under-18 Team, said he’s “a very competitive two-way center. I try to be pretty much everything, power play, penalty kill, be used on faceoffs.”