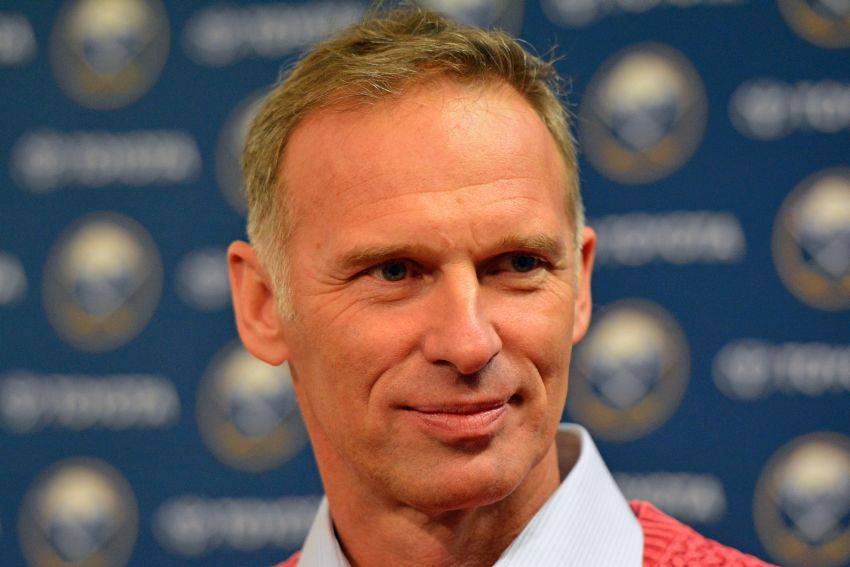 So shortly after the Sabres acquired him in 1992, Hasek was shocked when equipment manager Rip Simonick approached him at a late-summer workout at Sabreland in Wheatfield.

“I still remember, it was my first year in Buffalo,” Hasek, whose No. 39 will be retired by the Sabres tonight, said this morning inside the First Niagara Center. “We were practicing before the training camp in Sabreland, and Rip Simonick came to me.”

So Hasek chose No. 39, an iconic number that will hang in the First Niagara Center rafters forever. If Simonick had given him another number, Hasek probably would have worn it.

In other news, the Sabres will scratch defensemen Tyson Strachan and Nikita Zadorov tonight against the Detroit Red Wings. Winger Chris Stewart skated this morning but is still feeling sick, Sabres coach Ted Nolan said. Stewart will likely sit. Matt Ellis has been recalled from Rochester.