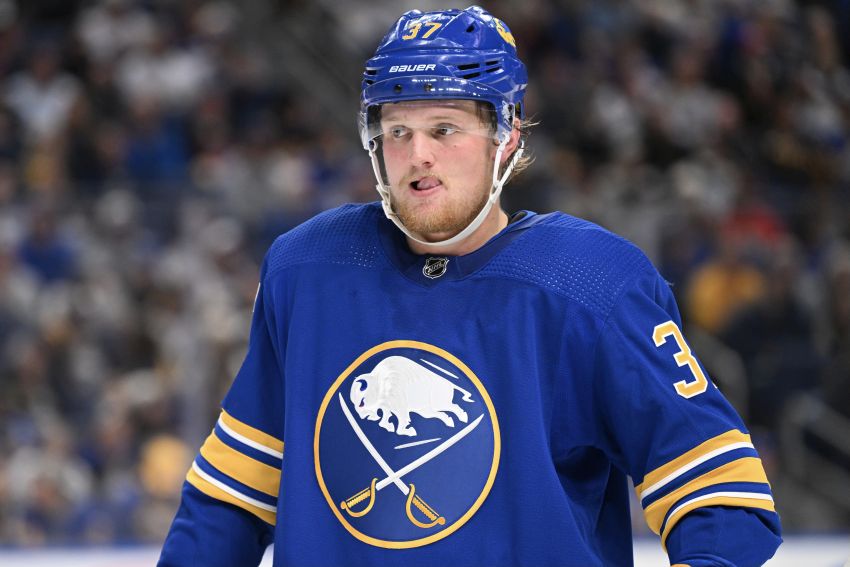 Casey Mittelstadt had to spend a night in Ohio. ©2022, Micheline Veluvolu

BUFFALO – Casey Mittelstadt said he panicked a little bit. Having returned home to Minnesota to celebrate Christmas as a blizzard began walloping Buffalo last week, the Sabres winger needed to find a way back.

The ferocious storm forced the Buffalo/Niagara International Airport to close, and the Sabres had a game scheduled for Tuesday in Columbus against the Blue Jackets.

Of course, Mittelstadt, 24, wasn’t alone. The inclement weather had a few Sabres scrambling to figure out how to get back to Buffalo, where a driving ban was in place until Thursday, or to meet the team in Ohio.

General manager Kevyn Adams said the Sabres were operating earlier this week under the belief their game in Columbus, which was eventually postponed, would be played.

“The challenge was we weren’t sure how it was going to play out for the Columbus game because we were still of the mindset that if in fact we were able to – even if it was a bus – to get out of Buffalo, there may be an expectation that we were playing in Columbus,” Adams said prior to Thursday’s 6-3 win over the Detroit Red Wings at KeyBank Center, the Sabres’ first contest since Dec. 19. “So we were working with players to fly directly into Columbus.”

Only one player ended up in Columbus: Mittelstadt.

Shortly after his flight to Columbus took off on Monday, he said he checked his phone and “had like 30 messages telling me not to get on the plane and the game just got (postponed).”

“About five minutes earlier I probably would’ve stayed in Minnesota,” he said.

Mittelstadt, who scored two goals Thursday, made the most of his odd situation in Columbus. He said he took a taxi to his hotel, grabbed some dinner and settled in for the night.

Mittelstadt said he rented a car on Tuesday and got as far as he could into the area with the driving ban still in place. He eventually made it home that day and walked to KeyBank Center and skated with his teammates.

“A little planes, trains and automobiles, but made it work,” Adams joked of Mittelstadt’s journey to Buffalo.