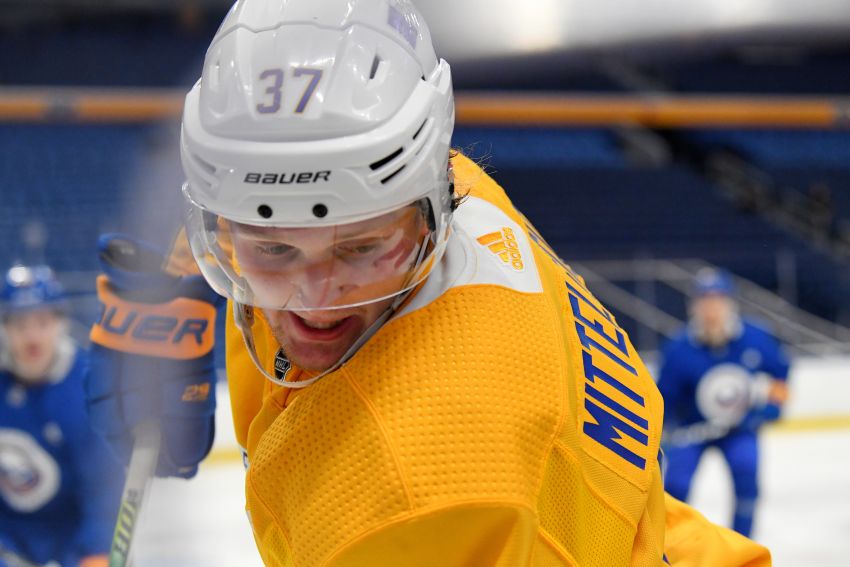 BUFFALO – Forward Casey Mittelstadt was among five players the Sabres assigned to their taxi squad this morning.

The Sabres also assigned center Rasmus Asplund, goalie Jonas Johansson and defensemen Will Borgen and Brandon Davidson to the taxi squad, which the NHL implemented this season because of the COVID-19.

Mittelstadt, the eighth overall pick in 2017, has played 114 NHL games. He ended last season with the Rochester Americans.

The Sabres open the season Thursday against the Washington Capitals at KeyBank Center.