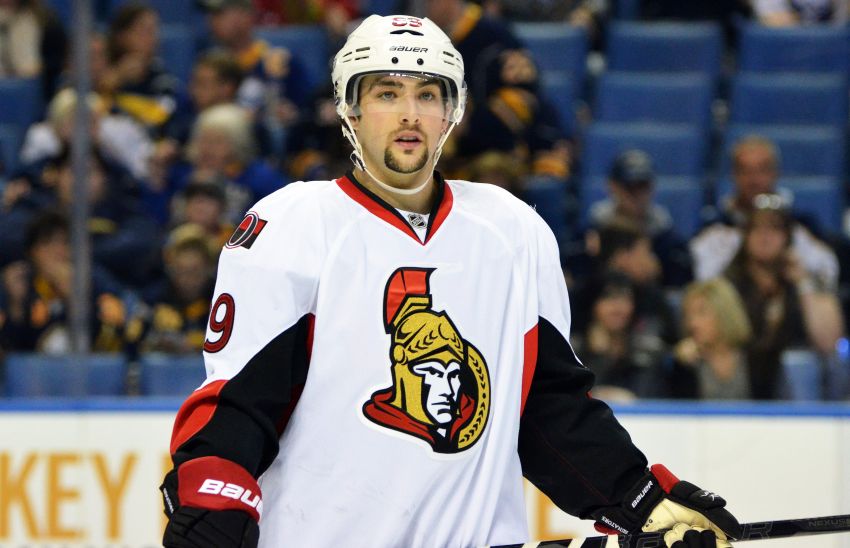 BUFFALO – Cory Conacher woke up early this morning knowing he’d have a new team by noon. The ensuing hours weren’t easy. The 24-year-old winger said he experienced a mix of excitement and sickness passing through waivers.

“I’m very excited,” Conacher told the Times Herald by phone this afternoon. “It was a long 24 hours, but luckily it worked out in my best interest.”

Conacher said the Sabres were “near the top of the list” of teams he wanted to join.

Conacher grew up in nearby Burlington, about an hour across the Ontario border. His brother, Shane, is a freshman at Canisius.

Conacher endured a wild 24 hours. Incredibly, the Senators still dressed him for Tuesday’s 3-2 loss in Edmonton after waiving him.

“That’s one of the tougher games that I played just because of all the emotions going through my body the whole day because I was told I was out on waivers at 10 o’clock yesterday, I think it was,” he said. “It was just a tough day for me. Even before game time, my agent was working the phones pretty hard all day. He kind of let me know he had come very promising calls with a couple other teams and that Buffalo was definitely one of them.”

He added: “Going into an organization that’s in a rebuilding stage is pretty special for me because I’m a young player and I want to be part of that for a long time, and I know that with the Buffalo Sabres it won’t take long to rebuild.”

Conacher is expected to join the Sabres on Friday in Florida because of immigration work.