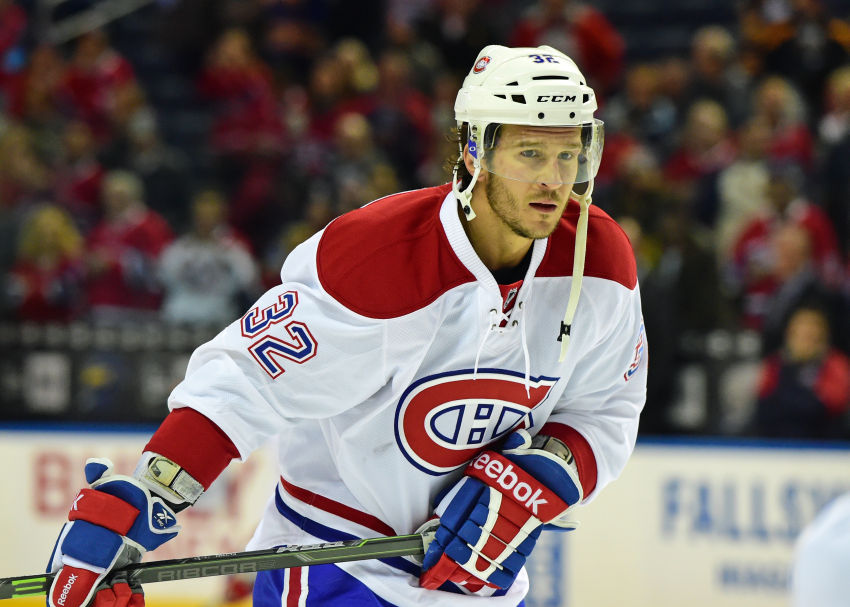 BUFFALO – Having played in Montreal as a member of the Sabres, forward Brian Flynn knew about the city’s passionate support for the Canadiens.

Then Flynn, 27, really experienced the electric atmosphere inside the Bell Centre after the Sabres traded him to the Habs for a fifth-round pick prior to the March 2 deadline.

“The playoffs last year, I just remember sitting in the locker room and you could hear the whole entire building shaking before you even went out on the ice,” Flynn said Friday prior to the 8-0 Canadiens’ 7-2 win against the Sabres. “It’s a special place. It is the best place to play, and you could feel that vibe when I was with Buffalo.”

The Sabres mostly lost during Flynn’s 175-game run in Buffalo. Still, throughout all the turmoil, he established himself as a versatile asset capable of playing anywhere.

The speedy Flynn has fit in nicely in Montreal, carving out a role as a fourth-liner. The Canadiens’ up-tempo style suits him well.

“We play really fast,” Flynn said inside the First Niagara Center. “We skate, we don’t play a big, physical style of hockey, but kind of just in your face with our speed and sticks and cause a lot of turnovers, and I think that plays to my strengths … skating and checking and so forth.”

Flynn, who went undrafted out of the University of Maine, is grateful for his Sabres career. He quickly developed as an unheralded prospect, playing 26 NHL games in 2012-13, his first professional season.

“I think it was good for me to start my career and development,” Flynn said. “Maybe I got a chance to play a little bit more maybe right off the bat than I maybe would’ve if I was with the Canadiens or another team that was winning.”

The Sabres have changed dramatically since Flynn left, adding about 10 new players. Flynn, however, still checks in on his old friends.

“I have a lot of buddies and check the score every night, see how they did, see how the team did,” he said. “I think I will for a little while.”