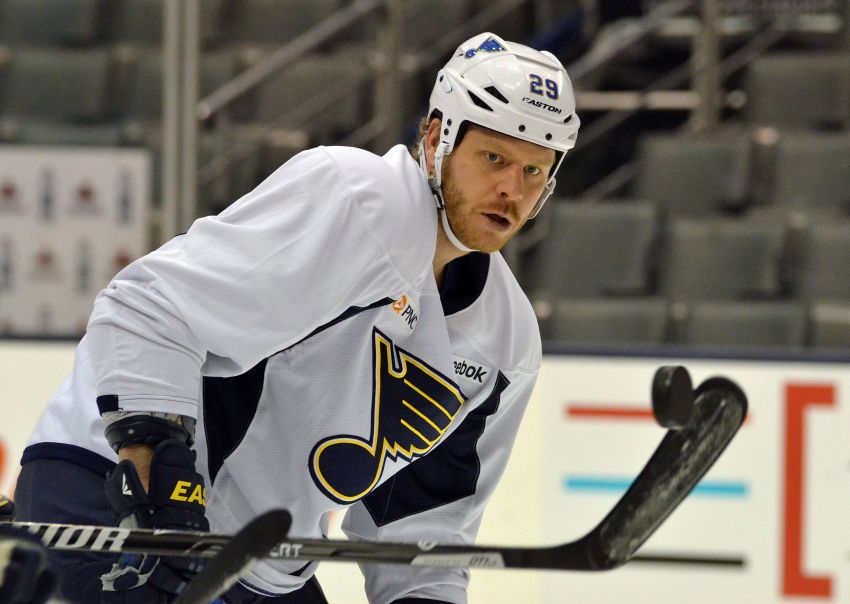 Still, the gritty winger is “disappointed” Pat LaFontaine resigned as the team’s president of hockey operations March 1, a day after the Sabres traded Ott and franchise goalie Ryan Miller to the St. Louis Blues.

“I thought he was a phenomenal man,” Ott said this afternoon inside the Air Canada Centre after the Blues prepared for tonight’s game against the Maple Leafs. “I really liked him. I have so much respect for Patty that I had in my short time in Buffalo. (I’ll) continue to do so for a long time. He was a special piece. It was surprising and (shocking). It’s still kind of a weird not to see him help leading that team.”

“I really like Teddy,” Ott said. “I think he’s a great human and he’s great for a young dressing room of guys, from motivating them to having them play the right way. In my short time there we became pretty close. I’m thankful for the opportunity he gave me.

Check back later for a full story on Ott’s time with the Blues.