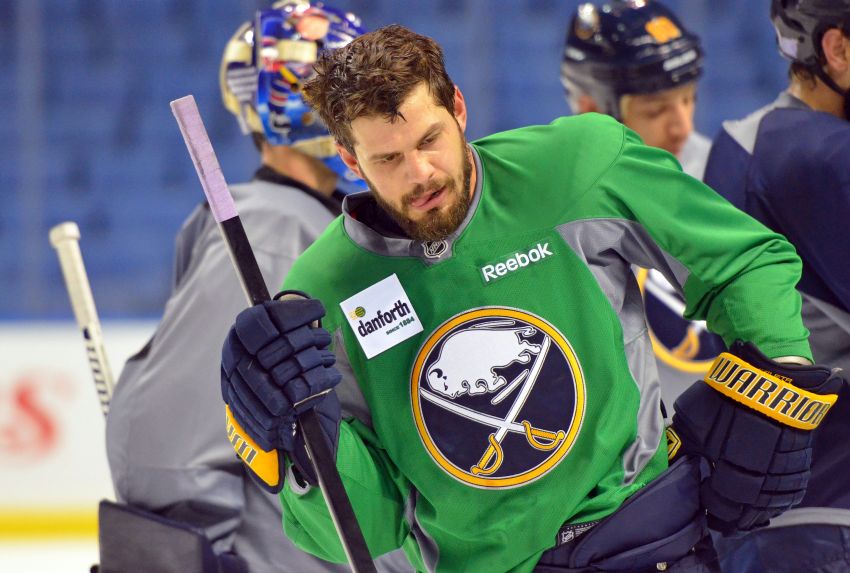 BUFFALO – Patrick Kaleta will be back for his 10th season in the Sabres organization.

The Rochester Americans have signed the veteran winger to a one-year AHL contract, the team announced today. Kaleta, 29, will attend Sabres training camp on a professional tryout.

The Angola native has only played seven AHL games in the last seven seasons. That short stint early in 2013-14 ended when Kaleta, on an assignment to clean up his game, tore his ACL.

Kaleta’s reputation as oft-injured and reckless likely hurt his value as a free agent. He has only hit the 60-game mark once in the NHL and has been suspended four times. He played 42 NHL games last season.

He said earlier this month he wanted “to be a Sabre, 100 percent.”

The Sabres likely want Kaleta to help lead their prospects. They also signed Matt Ellis, another NHL veteran, to an AHL contract earlier this summer, and loaded up with other high-priced veterans.