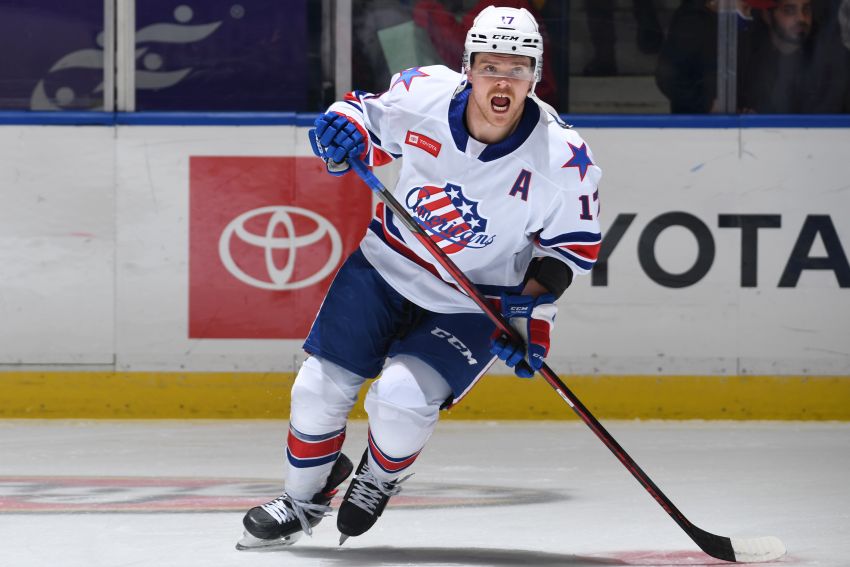 Sean Malone has recorded 22 points in 23 games this season for Rochester.

Malone, having scored nine goals and 22 points in 23 games, is enjoying a career-best season.

“You feel for him,” Appert said on a Zoom call this morning. “I mean, it hurts us because he was a go-to guy, he was a real leader not only in his attitude and his character, but in his play. He was out there in big moments, he took care of a lot of our younger players and he had young linemates. He was mentoring (Jack) Quinn and (JJ) Peterka in such a positive manner. So there’s so many things that were going to miss.

“And then for him and his career, he’s having his best career year in pro hockey by a mile. But we feel confident that surgery was successful.”

Appert said Malone’s injury was something he has been dealing with on and off throughout his career. He had been playing through it this season before it became unmanageable.

Malone, who spent his first three pro seasons with the Amerks, entered the AHL’s COVID-19 protocol after Christmas. He hasn’t played since Dec. 19.

Malone, 26, re-signed with the Buffalo Sabres organization after spending most of last year with the Chicago Wolves, the Nashville Predators’ temporary AHL affiliate. The West Seneca native also played one game for Nashville, his second NHL appearance.