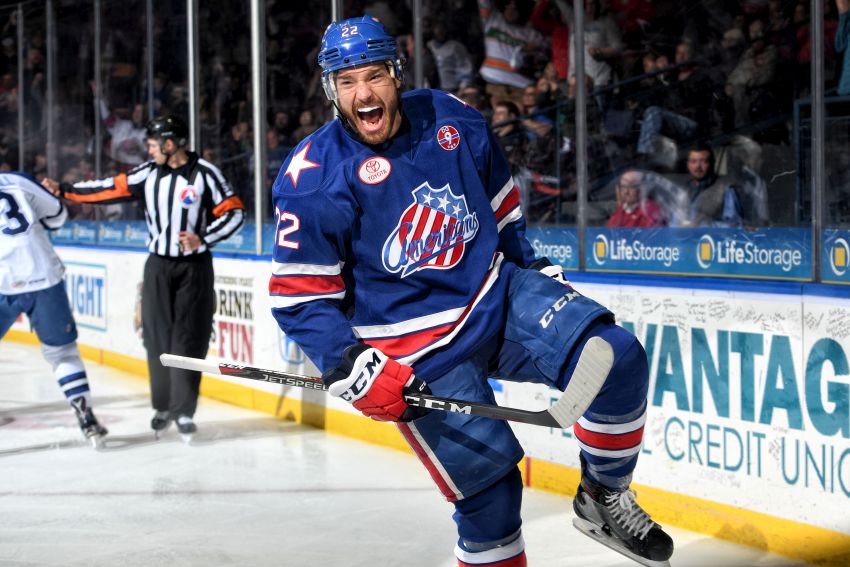 Redmond, 29, is coming off a career-best offensive season in which the 32 assists and 47 points he compiled in 66 games both led the Amerks. His 15 goals ranked third among AHL defensemen. The veteran’s eight power-play goals also topped the Amerks.

The 6-foot-2, 205-pound Redmond, one of three defensemen to lead his team in scoring, also earned a 2017-18 AHL Second All-Star selection.

The Sabres acquired Redmond from the Montreal Canadiens for winger Nick Deslauriers on Oct. 4.

Redmond has played 133 NHL games, including three with the Sabres, scoring nine goals and 38 points. The Atlanta Thrashers originally drafted him in the seventh round, 184th overall, out of Ferris State University in 2008.