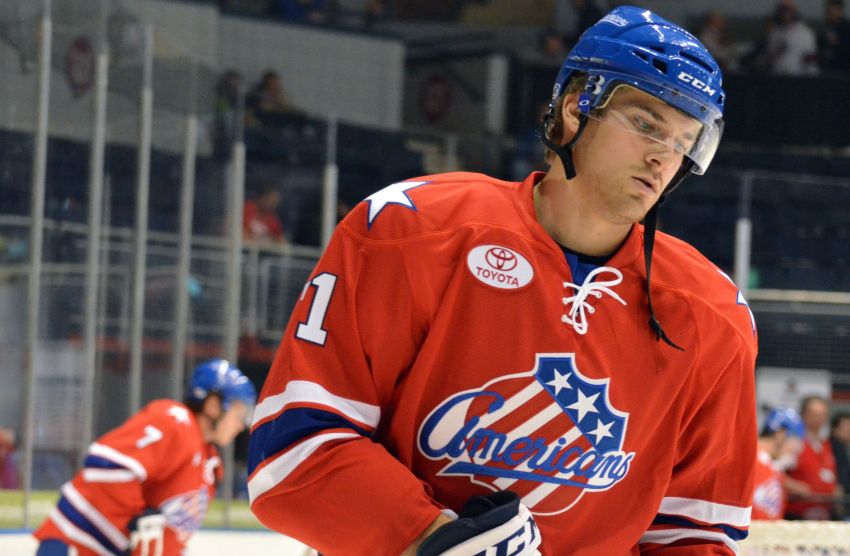 BUFFALO – So, about those two wild 7-6 games between the Rochester Americans and the Lake Erie Monsters recently.

“They’re going to be pretty (ticked) off they blew a couple leads there,” said Amerks defenseman T.J. Brennan, who had five points Wednesday. “I think we capitalized on a couple of third-period wins there for us in both games. I hope the fans aren’t expecting too much. I don’t know if we have enough in us to get another … crazy win.

Amerks winger Mark Mancari added: “For our goalie’s sake I hope not. We want to go out and keep it simple.”

The Amerks haven’t showcased a simple style this season, scoring 98 goals and allowing 96. But perhaps playing in an NHL rink before a capacity crowd of more than 19,000 fans will help them buckle down.