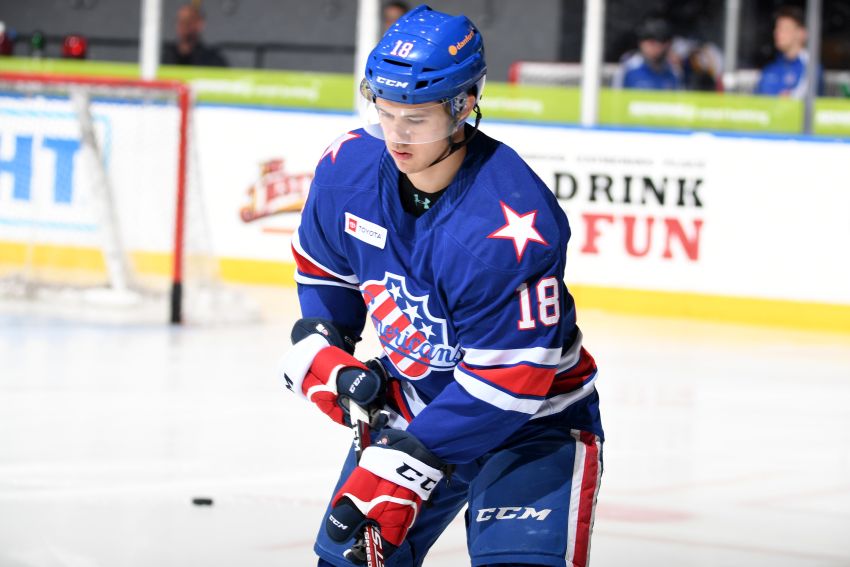 Prospect Jacob Bryson could return for another season in Rochester or stay in Buffalo. ©2020, Micheline Veluvolu, Rochester Americans

The American Hockey League offered little information, only saying the structural framework for a season that will begin Feb. 5 has been approved.

Details, the league said in a statement Wednesday, are still being worked out as the COVID-19 pandemic keeps ravaging North America.

The schedule will likely be significantly shorter. The four Canadian teams will almost certainly be grouped into their own division. Some teams could opt out for the year.

Count on it being the most unique season in AHL history.

Rosters will probably look much different. The NHL has created four- to six-man taxi squads this season, meaning players ticketed for the minors might stick in the NHL.

For example, in a normal year, Steven Fogarty, a depth forward the Buffalo Sabres signed, would likely begin the season with the Rochester Americans. But could Fogarty, a notable contributor in past AHL seasons, stay in Buffalo as an extra body?

The AHL hasn’t played since the it paused its season March 12, the same day as the NHL. The pandemic forced the AHL to cancel the rest of the season May 11.

The league announced Oct. 28 it had targeted a Feb. 5 start date.

The Sabres made one move for Rochester on Wednesday, sending forward Jean-Sebastien Dea there after he cleared waivers. Dea, 26, led the Amerks in goals (15) and points (39) last season.