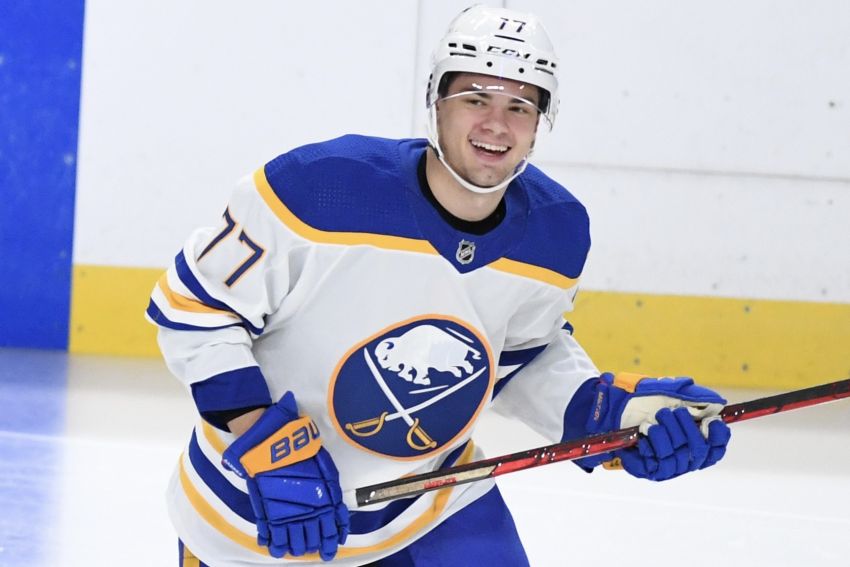 JJ Peterka could start the season in Buffalo. ©2022, Micheline Veluvolu

BUFFALO – After reassigning 23 players over the weekend, the Sabres nearly have their regular-season roster set.

On Monday, 28 players – 15 forwards, 10 defensemen and three goalies – practiced inside KeyBank Center. The Sabres held one session for the first time in training camp.

They must finalize their 23-man roster by 5 p.m. next Monday.

The Sabres, who have two preseason games left, starting with tonight’s home contest against the Carolina Hurricanes, have turned an eye toward their Oct. 13 season opener.

Sabres coach Don Granato said the lines and defense pairs that practiced together Monday could be utilized during the regular season.

For example, during Monday’s session, Tage Thompson centered Jeff Skinner and Victor Olofsson, a possible preview of the Sabres’ No. 1 trio.

“Line combinations, now we’re starting to look at OK, these combinations we have here are in hopes that we don’t want to tweak things around much at this point,” Granato said. “We know we can, but we’d like to see the groups that were out here get the next few days of practice and games together for the most part.”

The rest of Monday line combinations and defense pairings are below.

In other news, Granato said defenseman Casey Fitzgerald is day to day with a lower-body injury. Fitzgerald missed Monday’s practice.

“We had imaging done and a look at it and there’s nothing showing up there,” Granato said.

Goalie Malcolm Subban on Monday cleared waivers and was assigned to the Rochester Americans.