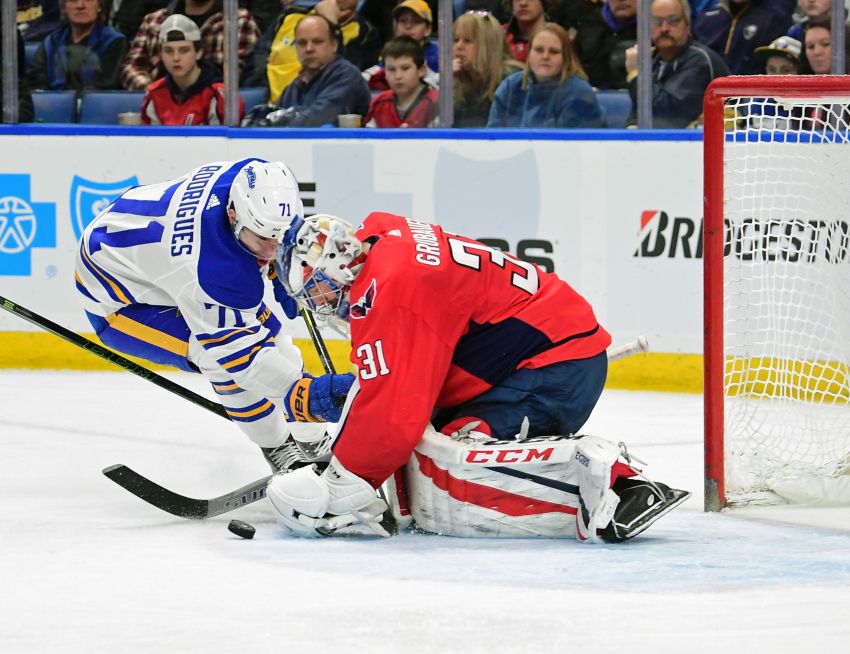 DALLAS – A season-opening four-game home stand, a 10-day January break and a Feb. 23 visit from superstar Alex Ovechkin and the Stanley Cup champion Washington Capitals are among the highlights of the 2018-19 Buffalo Sabres schedule the NHL released Thursday.

The Sabres open Oct. 4 against the Boston Bruins and stay at KeyBank Center until Oct. 11. Then they begin a season-long five-game road trip Oct. 13 in Arizona, also visiting Vegas, San Jose, Los Angeles and Anaheim.

– The Sabres’ bye week coincides with the NHL All-Star break, so after their Jan. 18 game in Vancouver, they don’t play again until Jan. 29 in Columbus.

– They have a season-long seven game home stand to open February.

– They have 16-back-to-back games, the same amount as last season.

– The Sabres have eight home afternoon games. Five of them fall on Saturdays. They played seven afternoon tilts last season.

– Superstar Sidney Crosby and the Pittsburgh Penguins visit Buffalo on March 1 and 14. The Sabres visit Pittsburgh on Nov. 19.

Girgensons and Gaudreau played together with the Saints.

Bylsma, who was fired by the Sabres after the 2016-17 season, will join the Detroit Red Wings as an assistant coach soon, according to multiple reports.