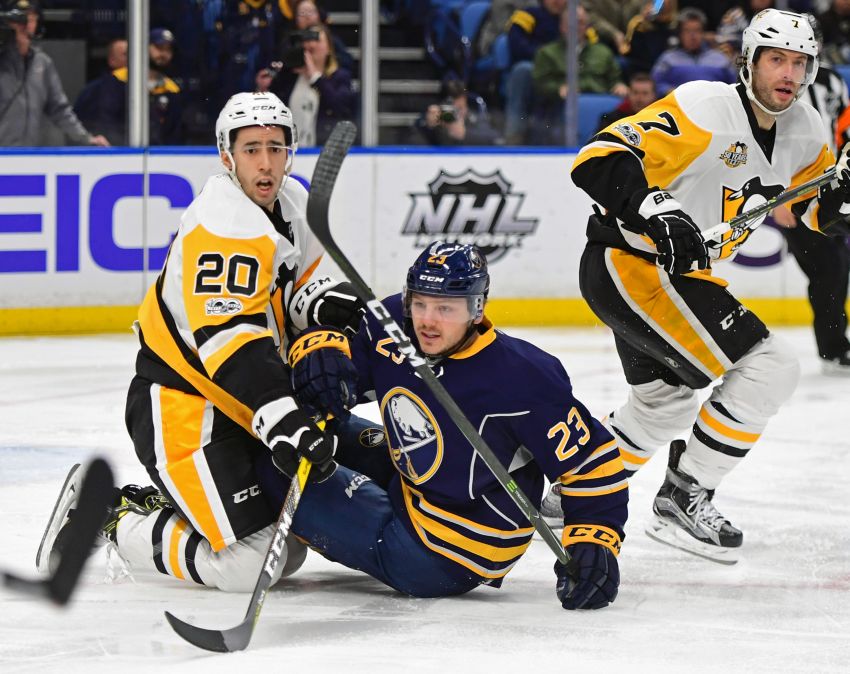 CHICAGO – Two games against the expansion Vegas Golden Knights and a home-and-home series with the Stanley Cup champion Pittsburgh Penguins in early December are among the highlights of the 82-game 2017-18 Buffalo Sabres schedule the NHL released Thursday.

– The Sabres play the Golden Knights first the first time Oct. 17 in Vegas, the close of a four-game road trip that includes dates with the San Jose Sharks, Los Angeles Kings and Anaheim Ducks. The Sabres host Vegas on March 10, the start of a season-long six-game home stand. Another four-game trip begins Dec. 2 in Pittsburgh, the day after the Sabres play Sidney Crosby’s Penguins at home.

The Sabres also have two three-game road trips sandwiched around the Winter Classic New Year’s Day at Citi Field in New York against the Rangers. The Sabres, however, are technically the home team for that game. They must leave town because of the World Junior Championship. The Rangers don’t visit Buffalo next season.

The Sabres play only 17 of their first 42 games at KeyBank Center. They close with 20 of their final 32 games at home.

– With Vegas joining the league, the Sabres now play four games against Atlantic Division foes. The Sabres played some divisional teams five times in recent seasons. The Sabres don’t play the first of their four contests against the Toronto Maple Leafs until March 4, the season’s 66th contest.

– The Sabres have 16 back-to-back games, down from a league-high 19 last season.

– They make their first trip to Detroit’s new Little Caesar’s Arena on Nov. 17 and play the Red Wings there again Feb. 22.

Former Sabres assistant coach Bob Woods, who led the NHL’s No. 1 power play last season, is close to joining the Minnesota Wild as an assistant, according to the Minneapolis Star Tribune. Housley recently let go of Woods and all of Dan Bylsma’s staff except for goalie coach Andrew Allen.

Woods has been an assistant for Wild coach Bruce Boudreau at several stops.