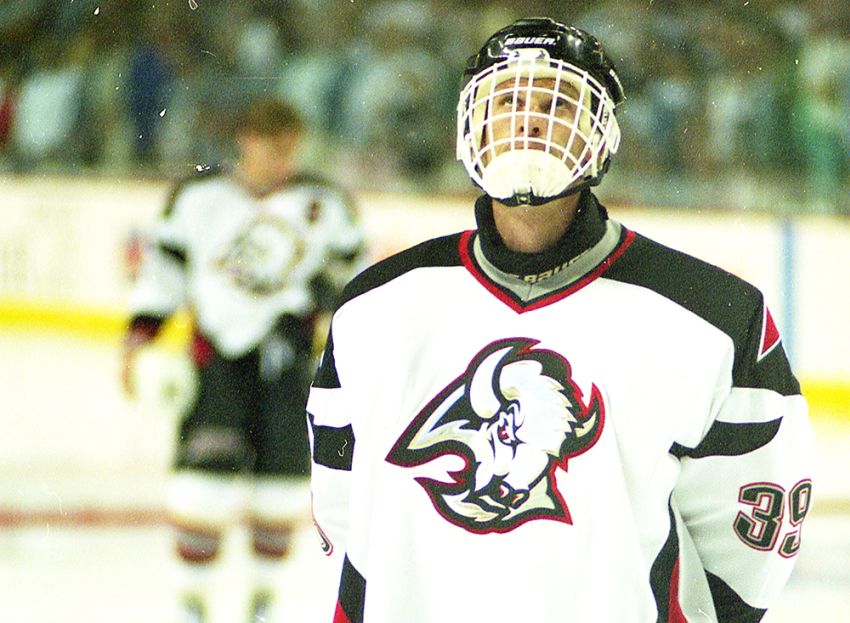 Ten more “Sabres Classics” – this time playoff games from 1999, including three Stanley Cup final contests – will be rebroadcast on MSG over the next two weeks.

Before falling to the Dallas Stars in the final, the Dominik Hasek-led Sabres roared through the Eastern Conference, needing only 15 games to reach the final.

With Hasek out injured, backup Dwayne Roloson made 28 saves and five different scored in the Sabres’ 5-4 victory in Game 1 of the conference final on May 23, 1999 in Toronto.

Jason Woolley’s overtime goal – play-by-play man Rick Jeanneret called it “the shot heard ‘round the hockey world” – secured a 3-2 win over the Stars on June 8, 1999.

After losing two straight games, Dixon Ward scored the game-winning goal and Hasek made 30 saves in a 2-1 triumph against the Stars in Game 4 on June 15, 1999.

Friday, May 8: The infamous “No Goal” game

Brett Hull’s goal in the third overtime secured a 2-1 victory in Game 6 and the Stars’ first Cup in franchise history on June 19, 1999 in Buffalo. Hull’s foot, of course, was in the crease when he scored, which should’ve negated the goal.