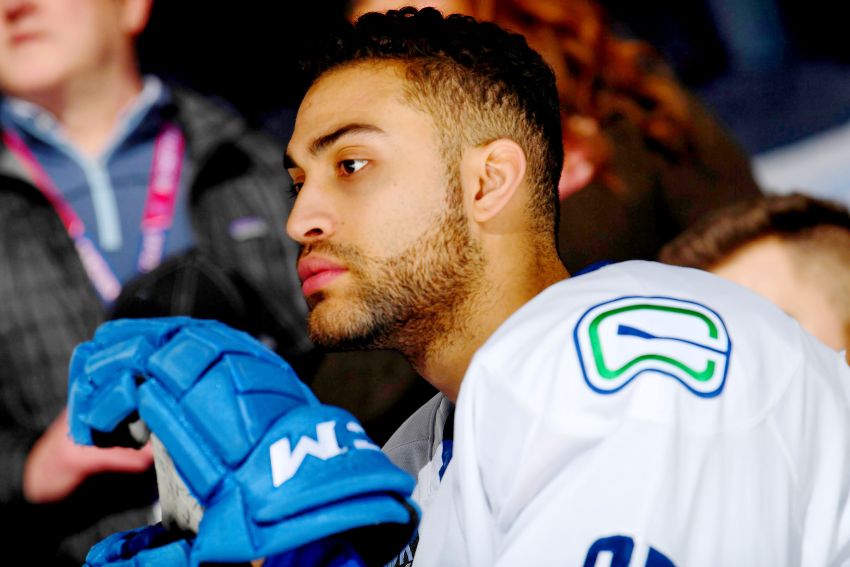 Of course, given the scoring prowess the former Buffalo Sabres prospect showcased – 28 goals in only 53 games – he could’ve earned another recall to the Vancouver Canucks.

Instead, Bailey, 24, is home in Williamsville making the best of a difficult situation.

“Right when I got home, I told my mom this is a good opportunity,” Bailey told the Times Herald on Friday. “I usually like to do my own thing for the first four weeks of summer.”

So Bailey contacted some trainers to find out how he can maintain his strength or even add some to his 6-foot-4, 214-pound frame while quarantined. The winger has also been playing roller hockey with a friend – “We try to stay six-feet (apart),” he said – at a nearby park.

“It’s been pretty good, honestly,” Bailey said of his workouts.

But Bailey knows he’s training for a season that might already be finished. While he assumes the NHL will resume if it can, he believes the AHL won’t restart its 2019-20 campaign.

“I think that one is probably done, in my opinion,” he said. “I think it’s just too tough to make up those games. You’re looking at guys having to pay an extra month of rent, a whole bunch of things that kind of factor in.”

The novel coronavirus stymied perhaps the most enjoyable season of Bailey’s five-year pro career. Not only does he rank fourth in the AHL in goal scoring, the Comets, one of the league’s most potent teams, possess a deep lineup. Seven Comets have scored at least 13 goals.

Bailey, who scored three hat tricks during a torrid four-game stretch in January, doesn’t even lead the team in goals. Reid Boucher, an AHL MVP candidate, has scored 34 times.

“We were a really tight team, everyone was battling hard,” said Bailey, who played two games for the Canucks in February. “I think in the past there’s been situations, whether they were on accident or just how things went, where obviously you’re a team but I think guys had a lot of individual goals, and I think on this team, we had a ton of talent. We had a lot of guys that could and should be in the NHL. I think that kind of reflected on our team’s success. But I think everyone was thrilled for everybody else. …

“We had a team that, in my opinion, was one of the more special teams that I’ve seen at the American Hockey League level. It would’ve been very interesting to see, coming down the stretch, who we would’ve played in the playoffs and how the playoffs would’ve went.”

When the AHL paused its season March 12, the Comets were a month away from a possible first-round North Division playoff matchup against the Rochester Americans, Bailey’s old team.

Bailey spent three and a half seasons as a pro in the Sabres organization, playing 196 games with the Amerks and 52 contests with Buffalo.

After the Sabres traded him to Philadelphia last season, Bailey played 11 games for the Flyers. Still, they did not tender him a contract as a restricted free agent, allowing him to test the open market.

He signed a one-year, two-way contract with the Canucks on July 4.

Bailey quickly learned playing in small-market Utica and the Adirondack Bank Center, the city’s 60-year-old rink, is a special experience.

“It’s a town that backs a team,” he said. “It’s cool barn, it’s a cool experience going to games there.”

Bailey has become one of the most popular Comets. During an early-season auction, a bidding war erupted and his jersey sold for around $5,000.

The bidding for Bailey’s jersey started at $700.