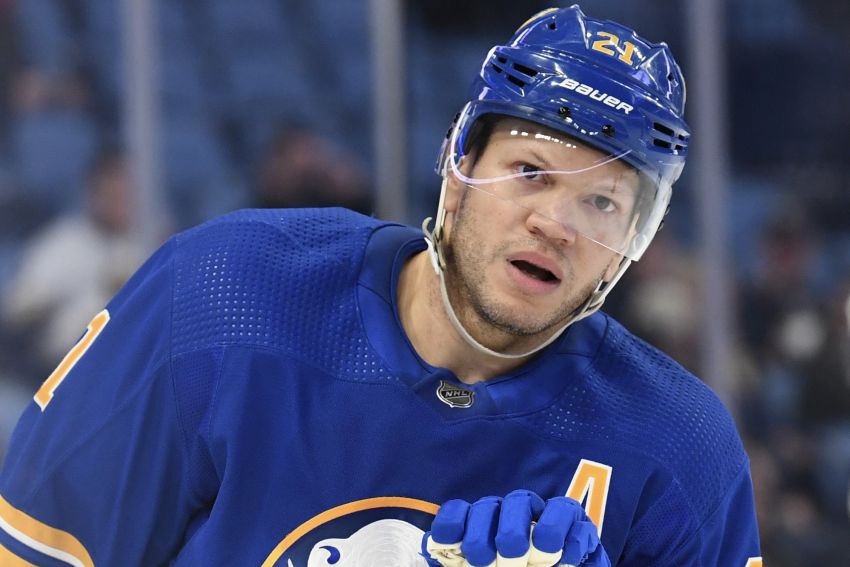 The Buffalo Sabres weathered the Columbus Blue Jackets’ early onslaught Sunday, escaping the opening 15 minutes with a 1-0 deficit despite being outshot 16-1.

Boone Jenner tied it, and Dean Kukan’s second goal of the night – he entered the game with one all season – put the Blue Jackets back up 3:28 into the second period. The Sabres were toast, and they ended up losing 7-3 at Nationwide Arena.

Following Saturday afternoon’s 5-3 home loss to the Colorado Avalanche, the Sabres had nothing left in the tank, and it showed.

Granato said the Sabres did not adjust and tried to play the same game as Saturday while battling fatigue.

“You got to play smarter and more efficient,” he said.

Winger Kyle Okposo, who scored in the second period, said the Sabres’ mistakes were “just mental.”

“We just weren’t sharp in our zone, we were doing things that are uncharacteristic for our team,” said Okposo, who has scored three goals in the last four games. “Defensively, just not paying attention to details, right up to the last goal.”

The Sabres consistently hung goalie Craig Anderson out to dry.

“We didn’t help 41 at all back there, didn’t help Andy at all,” Okposo said. “That sums up the game right there. We just weren’t good defensively.”

Defenseman Rasmus Dahlin’s absence only added to the Sabres’ problems.

“He was sore after a play that occurred last night and we’re going to hold him back to get some more observation,” Granato said prior to the game. “Didn’t feel too good with it this morning.”

Granato said he and Dahlin, who played 23 minutes, 23 seconds Saturday, don’t know on which play the injury occurred. In the third period, moments before the Avalanche scored the go-ahead goal, Jack Johnson knocked Dahlin down as they chased a puck behind the Colorado net.

“He had so much contact,” Granato said. “We literally went through clips and I’m not certain. … He felt it was fine even after the game and this morning it was a little more sore than we thought it would’ve been. He’s not sure which one. He’s in the flow of the game, adrenaline going, and he as in a lot of contact last night as we all saw.”

Playing without Dahlin, even for one game, was noticeable. The Swede, the Sabres’ only NHL All-Star, is the team’s most dynamic presence. He leads the Sabres in ice time this season, averaging 23 minutes, 44 seconds an outing.

With Dahlin out, defenseman Robert Hagg returned to the lineup. Henri Jokiharju, Dahlin’s defense partner, absorbed some of his minutes, playing 25 minutes, 6 seconds.

Granato used different defensemen beside Jokiharju, who replaced Dahlin on the No. 1 power-play unit.