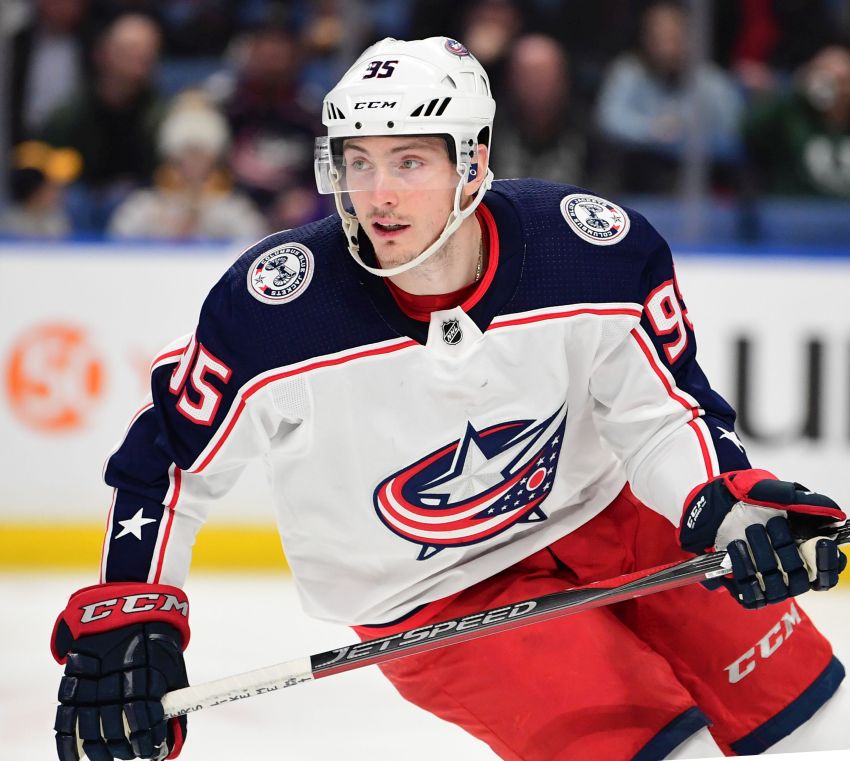 BUFFALO – The Sabres must examine every option to improve their weak roster, so, yes, general manager Jason Botterill acknowledged, they’ve discussed some of the top free agents on the market.

It’s no secret center Matt Duchene would fill a glaring need as the No. 2 pivot behind Jack Eichel.

For a few years, even as the Sabres kept struggling, their greatest strength was up the middle.

Most teams are lucky to have one top center. In Eichel and Ryan O’Reilly, the Sabres possessed two.

Trading O’Reilly one year ago today created a massive hole at center.

Of course, when the market opens at noon today, Duchene likely isn’t coming to Buffalo. The Sabres probably won’t fill any of their needs by signing a big-name free agent.

Still, do the top talents want to join the Sabres? Probably not. They haven’t made the playoffs in eight years.

But are those players even worth signing?

While Duchene, 28, compiled 70 points with the Ottawa Senators and Columbus Blue Jackets last season, he usually produces around 60 points. He will likely be paid $9 or $10 million a year over a long-term contract.

In addition to center, they could use another top-six forward – a right wing would help – and more depth for the third and fourth lines. They also need to find a third goalie.

The Sabres spent the last week readying for free agency during the talking period.

“It’s always difficult to predict,” Botterill said of free agency. “We’ve had some good conversations throughout the week, both myself, (coach Ralph Krueger) and the rest of our management group with players. I think what you’ve seen in the league is you just never know when trades or signings are going to happen.

“I feel very comfortable that we’re going to be adding to our depth in our organization and in areas that we want to improve on.”

So the Sabres will sign some players today or in the coming days. But if they do anything major, it will likely come via a trade.

In his two years as GM, Botterill has been aggressive at this time of year, wheeling and dealing to revamp the roster.

So far, it hasn’t worked. The Sabres finished sixth in the Atlantic Division last season and dead last in the league in 2017-18.

It seems unlikely Pominville, one of the most popular Sabres in recent memory, will return for an 11th season in Buffalo.

Pominville broke down discussing his future the morning of the home finale. That night, he saluted the fans and received a rousing ovation after scoring his 293rd NHL goal.

“A No. 3 goalie is important for us,” Botterill said.

Finding one could be a little tricky. When top goalie prospect Ukko-Pekka Luukkonen is ready to play – he underwent hip surgery in April – the Sabres likely want him to be the Amerks’ No. 1.

Notable veterans with NHL experience probably don’t want to be a backup in the AHL.

“If we can find an opportunity to maybe bring in one or two forwards (for Rochester), we’ll certainly look at that,” he said.

Notes: Botterill on the possibility of giving an offer sheet to a restricted free agent: “You always have to look at it as an option if it’s going to be improving our team. But I feel very comfortable talking to you right now that that’s not an avenue where we’re close right now.” … The Ottawa Senators have hired former Sabres associate coach David Payne as an assistant on new head coach D.J. Smith’s staff, the team announced Sunday. Last week, former Sabres assistant coach Chris Hajt returned to the Ontario Reign as an assistant, a role he had with the Los Angeles Kings’ AHL affiliate before coming to Buffalo in 2017.