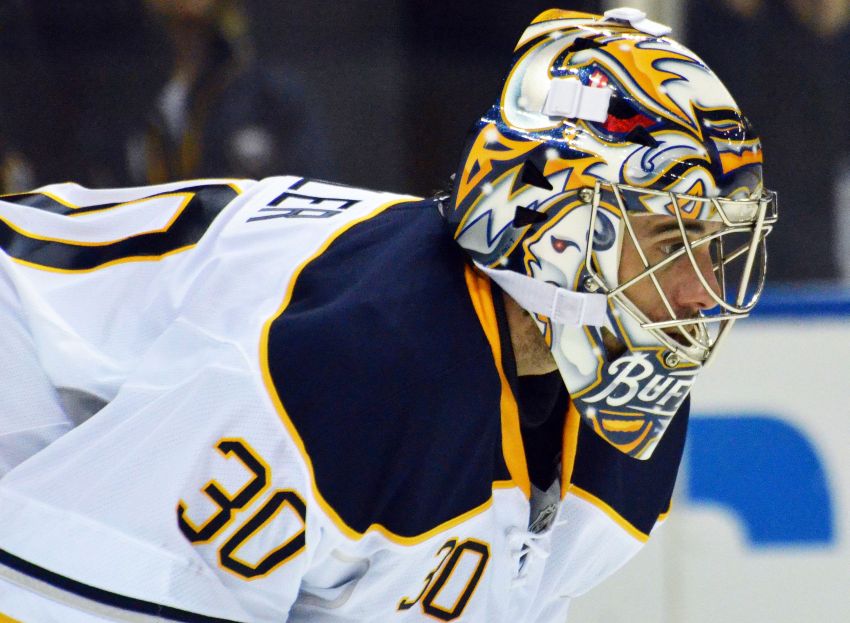 MONTREAL – This one could’ve gotten ugly early as the Buffalo Sabres bumbled around their own zone and the Canadiens kept relentlessly applying pressure.

Somehow, though, the Habs missed a slew of prime chances during the first period Saturday.

If they didn’t misfire in front of Ryan Miller, the franchise goalie gobbled it up. His play and a little luck kept the Sabres in the game.

Just a few weeks ago, the struggling team might’ve trudged through the game and crumbled eventually, blowing their get-of-jail free card.

Slowly, though, the Sabres have become a stronger team adept at handling adversity. Instead of wilting, they capitalized.

After missing one game (hip), Thomas Vanek scored on the power play 10:25 into the second period and again at 19:21.

The Sabres have won three straight for the second time this season. They’ve beaten the Canadiens, Northeast Division frontrunners, twice here in five days. They also triumphed 3-2 in overtime Tuesday after blowing an early 2-0 lead, another character win.

“It’s a really tough place to play,” Sabres center Tyler Ennis said. “Coming in twice in a week and to take two wins is pretty impressive. I think our team still has more to give, which is pretty exciting. I think we’re improving every day. It’s a huge win. We’re still on the outside looking in.”

Not by much, though.

The same team given up for dead recently is suddenly back in the playoff race. With 30 points, the 10th-place Sabres trail the ninth-place New York Rangers and eighth-place Carolina by two points, although both teams have two games in hand.

Confidence is growing in the dressing room under interim coach Ron Rolston.

“This is the process we’ve been talking about,” Sabres winger Steve Ott said. “We’ve worked at it day-by-day. We’re going to continue to work at it day-by-day, continue to stick with it. I think Ron’s doing a great job of keeping our minds right and our structure right. He’s been teaching every single day.”

Miller added: “The guys in here have been building up to something for the whole year. We went through a really dark kind of time. Something had to come from it.”

Fresh off a wildly entertaining 5-4 shootout win Thursday over Toronto, the Sabres started wretchedly, getting outshot 13-5 in the first period. The Canadiens kept hemming the Sabres in the own zone as they buzzed around Miller, who made 38 total saves. The Sabres only sprinkled 18 shots on Canadiens goalie Carey Price.

“We wanted to set a game plan, and I thought we executed it,” Ott said. “Yeah, they had some shots. But I thought we tried to tighten up a lot of the stuff and limited their first-class scoring chances.”

With the Canadiens two men down, Vanek tipped Christian Ehrhoff’s one-timer from the left point in front.

Believe it or not, the Sabres’ 30th-ranked power play has goals in four straight games.

Then Vanek grabbed Ennis’ pass, zoomed in and backhanded a shot in. The slick winger has a team-leading 16 goals and 33 points.

Early in the third period, Miller made a huge point-blank stop, stoning the Habs from his belly while lunging forward.

“That’s a good team over there,” Vanek said. “They just keep coming at you.”

But Michael Ryder tipped Andre Markov’s point shot past Miller in front on the power play at 8:17, giving the Canadiens life.

Miller made 14 stops in the final period, helping the Sabres eke out another tight win, their 11th one-goal game in the last 13.

“It’s easy to jump on negatives,” Ott said. “The media’s been killing us for the whole season. Give credit in here. When’s the credit going to come out that every single guy continued to work? We’ve continued to lead in certain areas and work on things. You know what? It’s all starting to improve.”