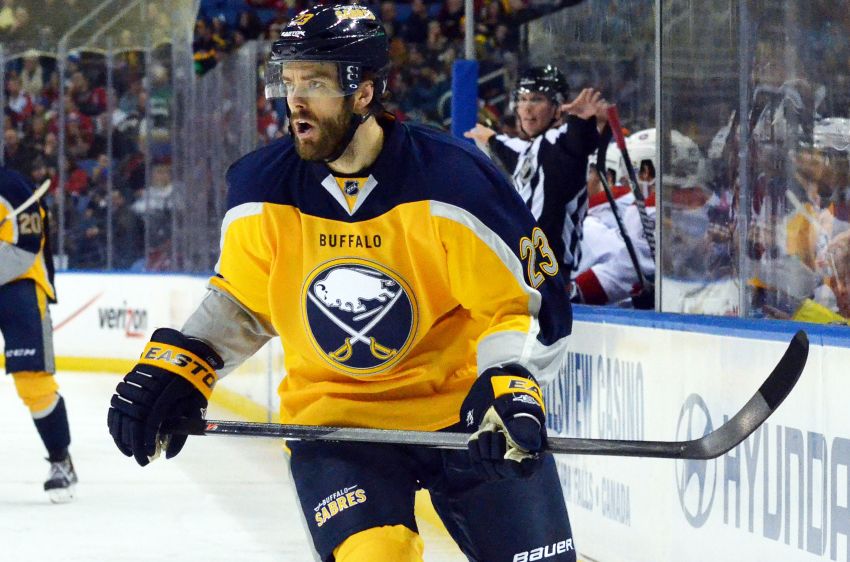 Leino experienced some lightheadedness and left the game. He didn’t practice Friday.

“He just started not feeling very well,” Nolan said after the Sabres prepared for tonight’s game against the Tampa Bay Lightning inside the First Niagara Center, their first home tilt following an awful 1-4 road trip. “When something like that happens, you got to make sure you’re careful with it.”

Nolan said doctors were examining Leino, who has zero goals in 52 games this season.

In other injury news, center Zemgus Girgensons will return tonight after a lower-body injury sidelined him 11 games. The rookie practiced beside Brian Flynn and Cody Hodgson, a regular center, Friday. Nolan has been skating the struggling Hodgson on the wing occasionally.

Meanwhile, defenseman Tyler Myers, who crashed into the net Tuesday, didn’t practice Friday and is out tonight. Nolan said Myers is still sore.

“We didn’t give him much help, much support last time,” Nolan said. “The one thing I’ve really like about him, I like his competitive spirit. He’s a feisty guy. He wants back in.”