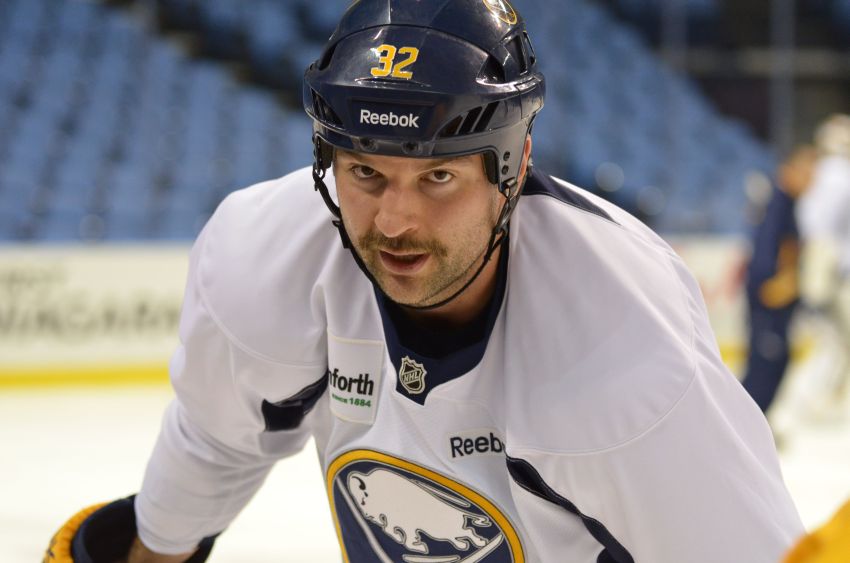 “Obviously, a little emotional at the time,” Scott said inside the First Niagara Center following practice. “I haven’t trademarked it. I kind of regretted it.”

The Sabres could send one or two of their youngsters back to junior or the AHL.

Nolan has been talking with Pat LaFontaine, the new president of hockey operations, about moves. The Sabres have four teenagers on the roster.

“I didn’t realize how young they really were, the positions that they’re in and the capabilities of what they could do besides playing here,” said Nolan, who took over for Ron Rolston on Wednesday.

The Sabres could also recall some players from Rochester, he said.

“There’s a couple players playing exceptionally well down there that deserve an opportunity,” he said.