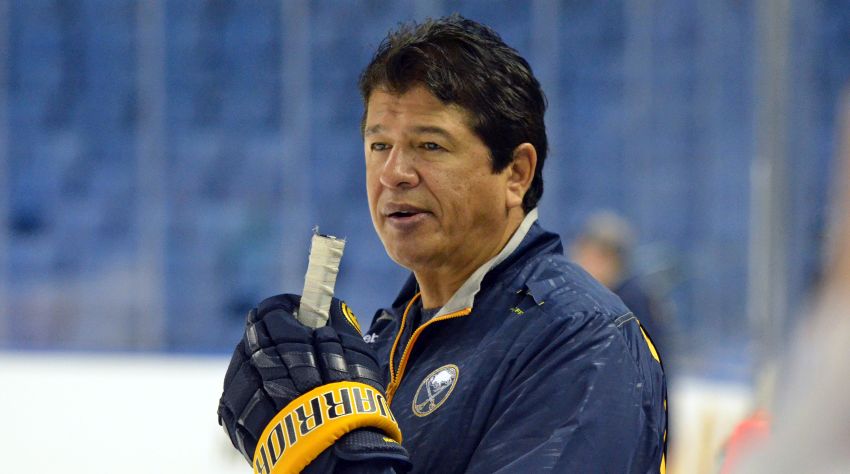 BUFFALO – Oh, Ted Nolan knows. The coach likely understands the Sabres’ rabid fan base will root against them throughout Thursday’s highly anticipated tilt against the Arizona Coyotes. A loss would almost guarantee the Sabres either Connor McDavid or Jack Eichel in June.

Nolan can’t say much, however.

Nolan acknowledged some people want to the Sabres to lose Thursday.

Update: Coyotes captain Shane Doan, one of the NHL’s most respected leaders, knows Thursday could be interesting.

“Oh yeah, it’s impossible not to think about,” Doan said. “There’s been hype about it. It’s not hype from anyone that’s positive. It is what it is. You can’t really control what the fans are going to do.”

Doan believes fans “have to right to do whatever they want to do.”

Coyotes coach Dave Tippett said the hype around the game belongs to the Sabres, not his team.

Another update: The Sabres sent forward Tim Schaller back to Rochester this afternoon, so winger Patrick Kaleta (bone chip) is likely ready to return from an 18-game absence.