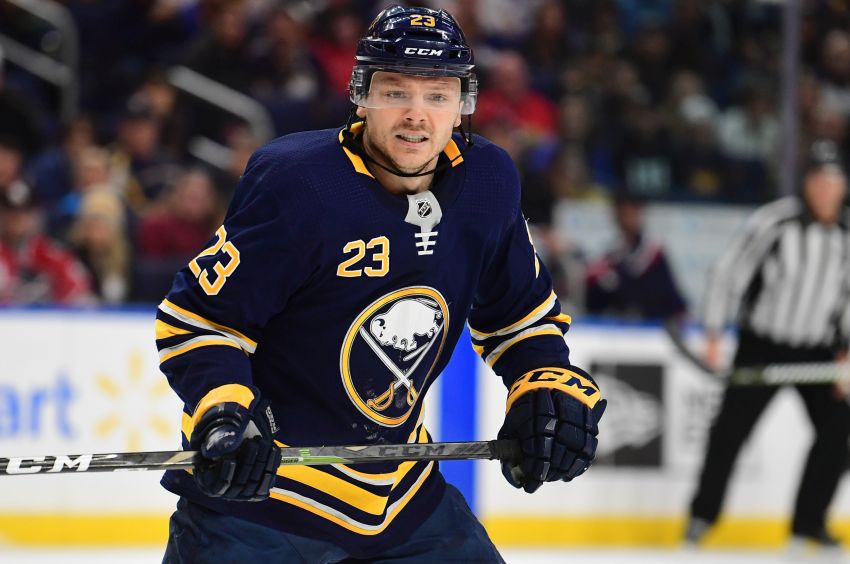 BUFFALO – Tonight’s tilt will be lacking some star power and its two main attractions.

An upper-body injury will sideline Sabres captain Jack Eichel, who skated with his teammates again this morning, a third straight game.

“We’re just being cautious with that,” coach Phil Housley said after the Sabres prepared for the New Jersey Devils inside KeyBank Center.

The Sabres, however, could have winger Sam Reinhart, their third-leading scorer, tonight. Reinhart, who has been sick, skated this morning and will be a game-time decision, Housley said.

Update: Reinhart is officially in, winger Remi Elie is out.

In other news, in a surprising move, the Sabres waived winger Scott Wilson today, according to reports. Wilson, 26, has been out since breaking his right ankle Sept. 30.