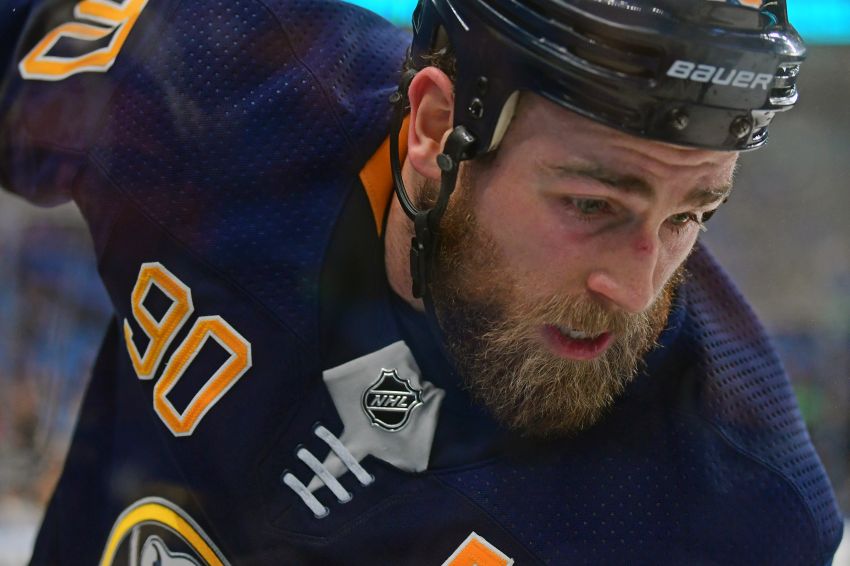 In 1,686 minutes, 10 seconds of ice time over Ryan O’Reilly’s 81 appearances this season – that’s a hefty 20:49 each game – officials whistled the Buffalo Sabres center for just one penalty.

No wonder the NHL on Friday named O’Reilly one of three finalists for the 2018 Lady Byng Memorial Trophy, awarded “to the player adjudged to have exhibited the best type of sportsmanship and gentlemanly conduct combined with a high standard of playing ability.”

The winner will be announced June 20 at the NHL Awards.

His ability to play big minutes and produce – he compiled 24 goals, 61 points and won an NHL-record 1,274 faceoffs this season – while staying out of the penalty box is unique.

On Oct. 24, O’Reilly served two minutes for slashing against the Detroit Red Wings. He played his final 71 games without taking a penalty.

His one minor penalty was the fewest by any player with at least 41 appearances.

Members of the Professional Hockey Writers’ Association submitted ballots for the award at the end of the regular season earlier this month.