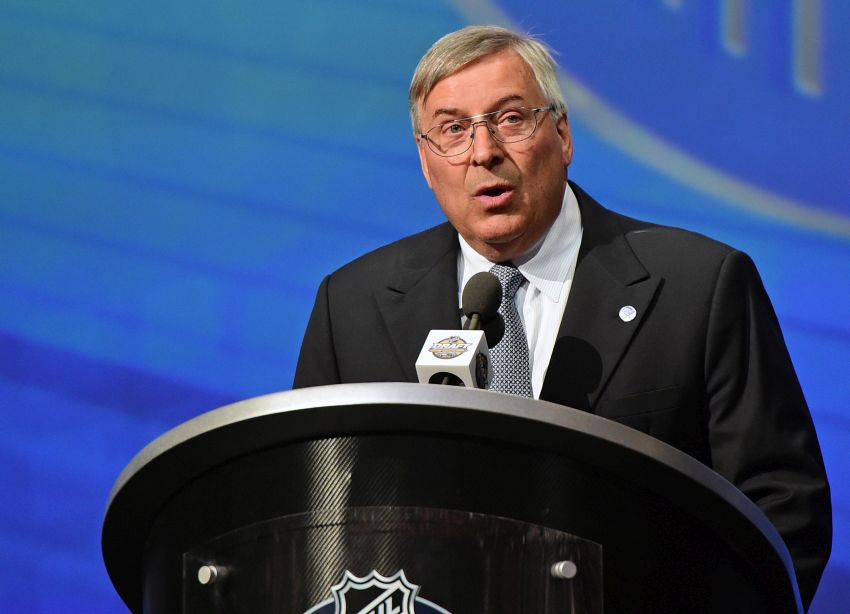 Terry Pegula expected the Sabres to be competing for a playoff spot by now. ©2018, Hickling Images

BUFFALO – Owner Terry Pegula understands the unhappiness of fans following a wretched season in which the Sabres finished dead last in the NHL.

So the team won’t be raising season-ticket prices for the 2018-19 season.

Pegula explained the decision and his feelings on the Sabres’ sorry state in a letter many season-seat holders received Thursday.

“You’ve been loyal to us in one of the most difficult times in franchise history and you deserve better,” Pegula wrote.

Pegula said the Sabres, who gutted the roster and finished last overall in 2013-14 and 2014-15, expected to be competing for a playoff spot by now.

“That simply hasn’t happened,” he said. “I bear my share of responsibility. Mistakes have been made along the way, but I’m not here to rehash those or make excuses. I’m here to tell you I watch the games too and the standard of the Buffalo Sabres must change.”

The 2017-18 season is widely regarded as the worst in franchise history. The Sabres mustered only 62 points and won just 11 home games at KeyBank Center.

Attendance fell to its lowest number since 2005-06. By the end of the miserable season, thousands of empty seats were visible during games.

Fans also had trouble selling their tickets on the secondary market for as low as $6 or even giving them away.

The Sabres had raised season-ticket prices for several years.

Pegula, who bought the Sabres in 2011, the last year the team made the playoffs, said he’s “challenged everyone in the organization to be better.”

“Every single person, including me, needs to improve on everything we do,” he said.

Pegula, of course, said he’s excited for the future.

“We have players in our system at all levels of the organization – NHL, AHL, juniors, European leagues and the NCAA – and I’m confident they will make us consistently competitive.

“This may not mean much. Until we win, it is just words. I just want you to know that I’m in it with you.”