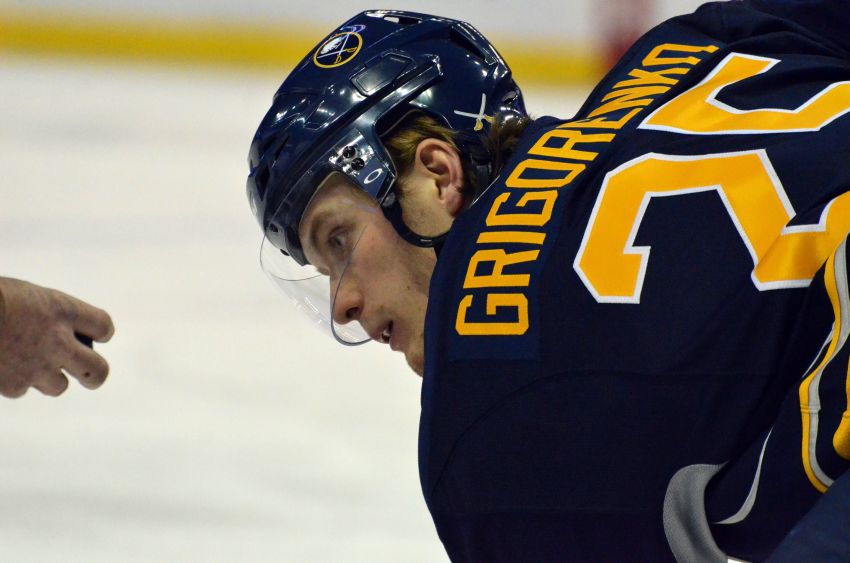 But with Ruff mostly matching up Jochen Hecht’s line against Hurricanes star Eric Staal, Grigorenko played zero shifts in the third period and just two of his seven after the opening 20 minutes.

Grigorenko, who centered Steve Ott and Drew Stafford on Saturday, will hit his limit if he plays this afternoon in Washington.

Even watching games and practicing with the Sabres is probably a better option than returning the first-round pick to the QMJHL’s Quebec Remparts.

The Sabres host Toronto on Tuesday.

Grigorenko has zero points and is a minus-1. He played 11 to 13 minutes in his first three appearances.

“He’s handling it really well for 18 years old,” Ott said. “I can only imagine the feeling and the mindset he’s going through.”