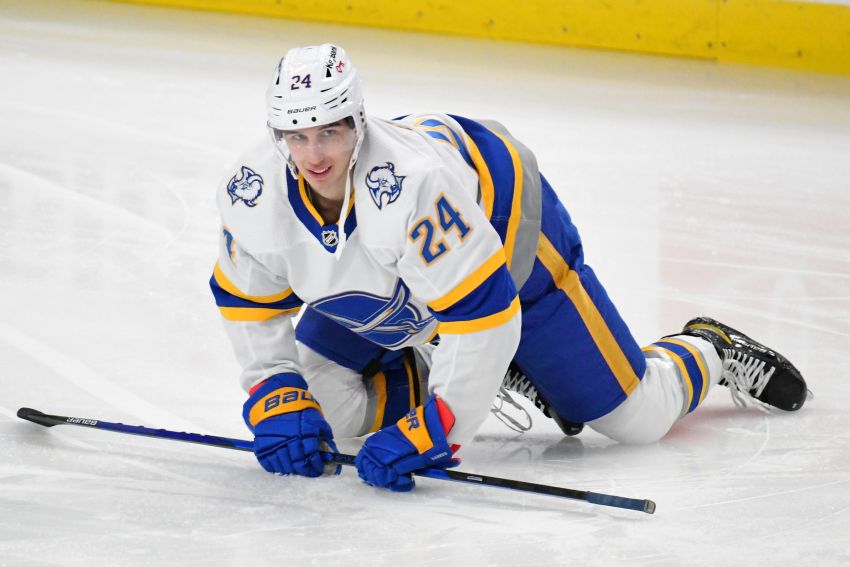 BUFFALO – Over his first three months in the NHL, Sabres center Dylan Cozens has battled two injuries and COVID-19. The rookie hasn’t played more than six consecutive games all season.

So after Cozens, 20, suffered an upper-body injury in the first period March 29 – he appeared to hurt his left arm – he was upset. He had only played five times since returning from another upper-body injury.

“It was definitely frustrating,” said Cozens, who returned to practice today and will likely play in Sunday afternoon’s road game against the Philadelphia Flyers. “As soon as I got hit, I knew something was up. So just coming back, obviously, from my last injury I was frustrated to know I was going to have to miss time again and games.

“It’s obviously been a tough stretch for me lately with COVID and the other two injuries. But I’m just happy to be out on the ice again.”

“This was sprung on us just a couple of days ago, how fast he responded to day-to-day tests as they elevated the tests on him,” he said. “And today was at practice to feel where he’s at with respect to playing. I have not talked to the medical team. But going into practice, that was a definite possibility.

“He came out of practice looking great. So unless I hear differently, it looks like there’s a probability of him being in the lineup.”

Cozens, just 25 games into his career, has become one of the Sabres’ top forwards. He recently moved back to center, his natural position, after spending most of the season playing right wing.

He has compiled four goals and six points.

“I was very happy with where my game was at and where it was headed,” Cozens said. “Being able to play the middle, I was excited about that and just excited to be back out playing again after my first injury. So I was very disappointed to have to leave again. But now I’m back and hopefully I can stay the rest of the year.”