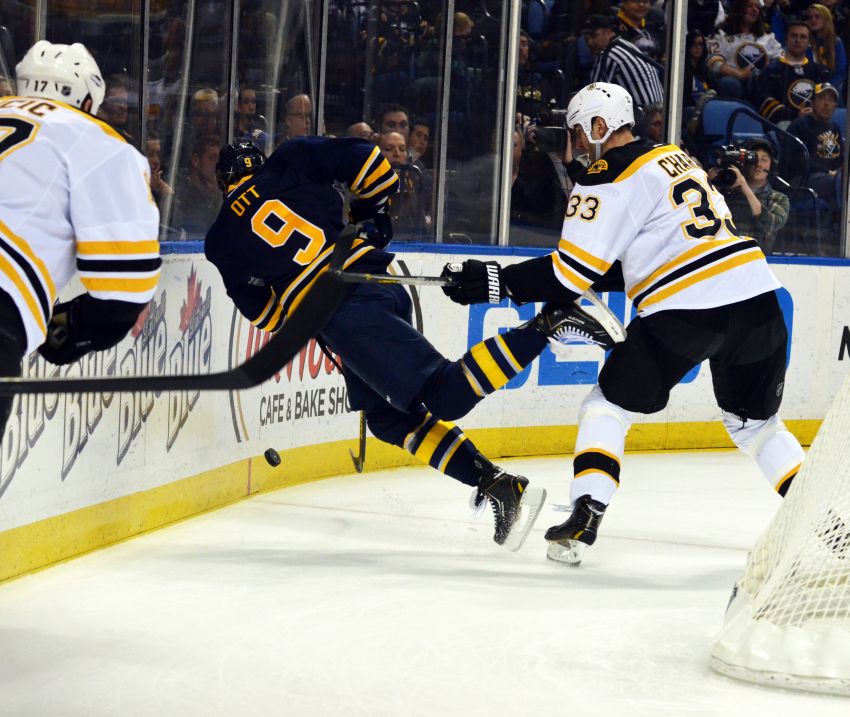 BUFFALO – At the 12:01 mark of the first period in the Sabres’ 2-0 loss to Boston on Sunday, hulking Bruins defenseman Zdeno Chara cross-checked Steve Ott, sending the agitator flying into the boards.

“No, unless you want to launch yourself head-first into the boards as an embellishment,” Rolston said this afternoon inside the First Niagara Center. “I know Otter plays hard, but I’m not sure he’s going to actually do that to get a call.”

Ott missed today’s practice but is expected to play Tuesday in Pittsburgh.