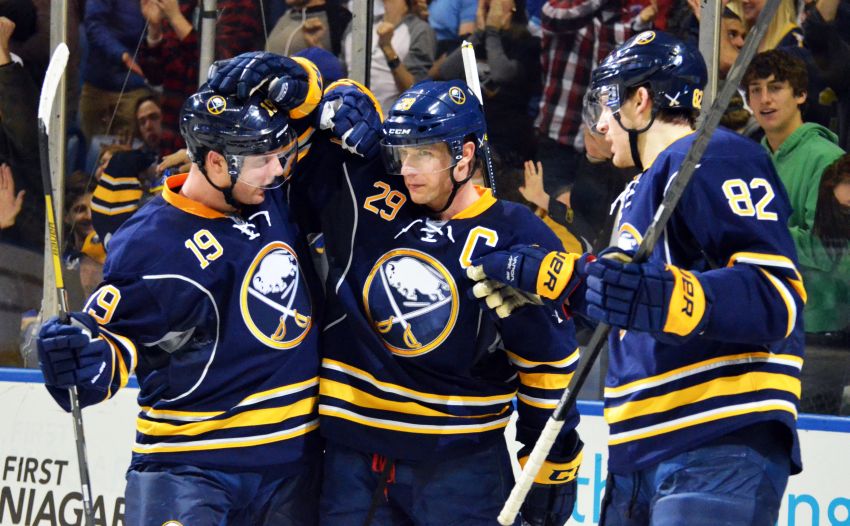 BUFFALO – The Sabres have asked captain Jason Pominville to give a list of eight teams he doesn’t want to be traded to, according TVA Sports’ Patrick Caisse.

Sabres general manager Darcy Regier said Saturday he had to “be open to everything” to improve his 13th-place club, including trading core stars like Pominville and goalie Ryan Miller.

Pominville bristled Friday when asked about possibly getting dealt, saying the Sabres hadn’t approached him about anything.

“There’s not much you can do about it besides answer questions and stuff like that,” Pominville said today about dealing with Wednesday’s trade deadline after practicing inside the First Niagara Center. “You just have to worry about going out there and playing.”