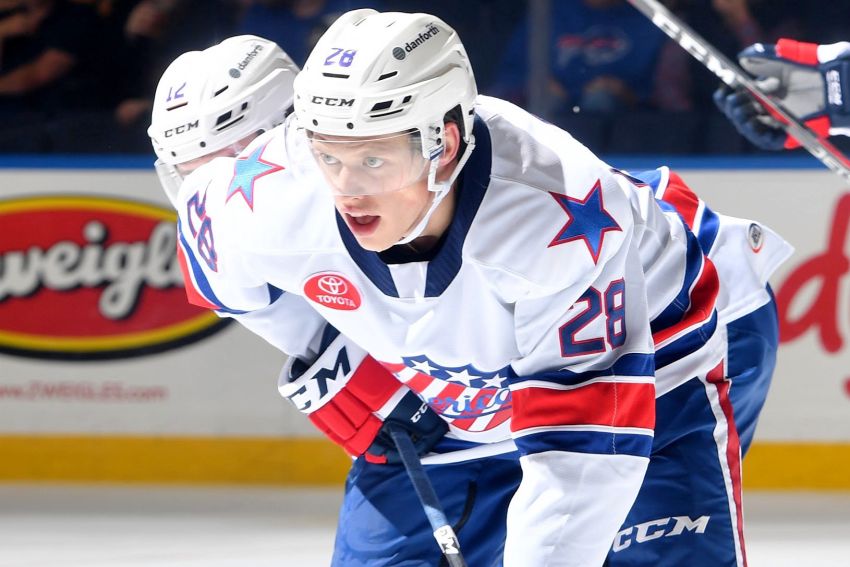 Pilut, 23, compiled one goal, six points and a minus-3 rating in nearly three months with the Sabres.

Pilut has been dynamic at times in his first American Hockey League season, registering four goals, 26 points and a plus-21 rating in 28 outings.

The Swede, however, hasn’t been the same offensive force over the last month. After returning to the Amerks in late February, he scored one goal and four points in 12 contests.

The Sabres play a road game against the New Jersey Devils on Monday. The Amerks, meanwhile, play a road contest versus the Toronto Marlies this afternoon.

Update: Coach Phil Housley told reporters in Newark the Sabres recalled Pilut as a precaution because Bogosian is day-to-day for lower-body maintenance and Hunwick is hurt. Housley plans on Bogosian playing Monday.