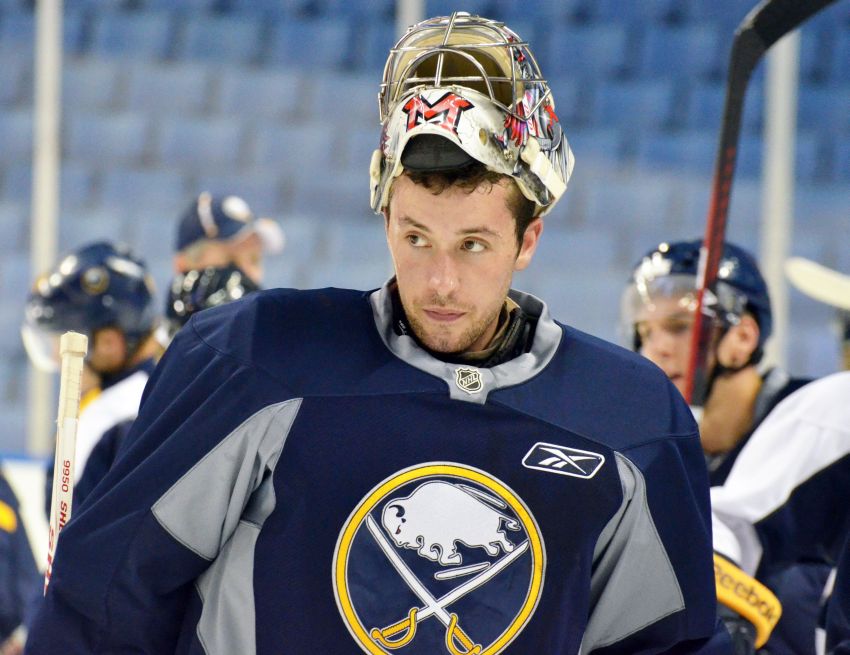 Connor Knapp would become the NHL-record ninth goalie to dress for the Sabres this season. ©2014, Dan Hickling, Olean Times Herald

BUFFALO – With goalie Andrey Makarov sent back to Rochester to help the Americans secure a playoff spot, the Sabres recalled Connor Knapp today.

If Knapp backs up Matt Hackett on Saturday in Boston, the Sabres would set an NHL record by dressing their ninth goalie this season, according to the Elias Sports Bureau.

The Sabres drafted the 6-foot-5, 206-pound Knapp 164th overall in 2009. Knapp has mostly spent his professional career in the ECHL after four NCAA seasons at Miami of Ohio.

The Amerks recalled him March 17. The York native played two games, going 0-2 with a 4.03 goals-against average and .873 save percentage.