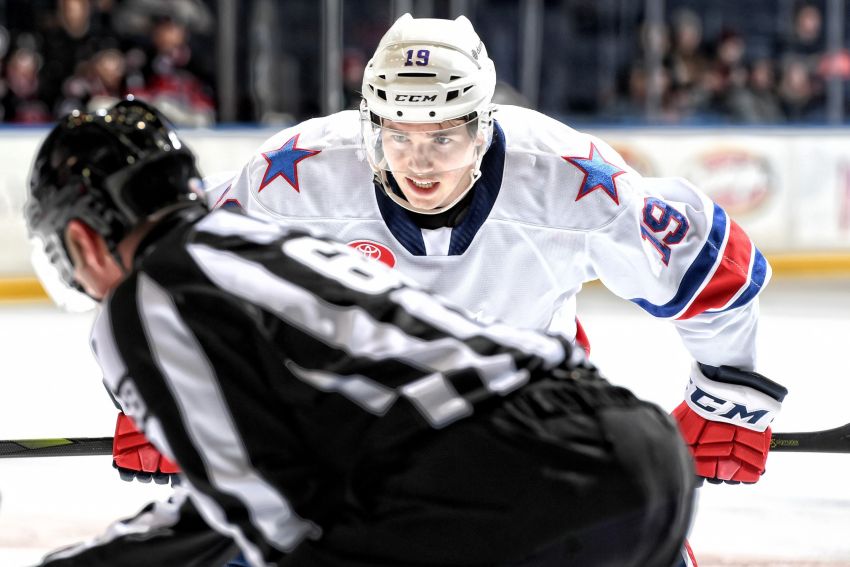 The Sabres sent Ruotsalainen, 21, back to Ilves, a Finnish team in Liiga. Meanwhile, Smith, 24, must clear waivers before he can go to the Rochester Americans.

Hammond must also pass through waivers.

Center Dylan Cozens, the seventh overall pick in June, is still with the Sabres.

The three-year, entry-level contract Ruotsalainen signed in May stipulates the Sabres must send him back to Ilves if he doesn’t make the NHL roster. He can return next season and try to make the Sabres.

Given Smith’s AHL production – 45 goals and 102 points in 119 games – it’s unclear if he will clear waivers. The UMass Lowell product has scored two goals and three points in 13 NHL outings.

The Sabres signed Smith as a college free agent late in the 2016-17 season.

Smith scored one goal in three preseason games, an empty-netter in Saturday’s 5-3 win over the Toronto Maple Leafs.

Sabres coach Ralph Krueger played Ruotsalainen and Smith on Friday and Saturday to get an extra look at the youngsters.

The Sabres, who are off today, have 31 healthy players left in camp.