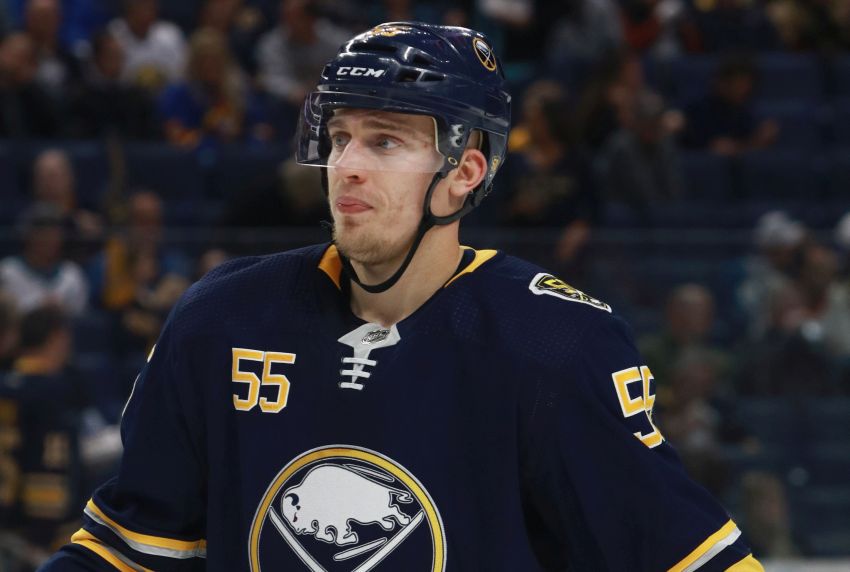 BUFFALO – Instead of offering a short reply, Sabres defenseman Rasmus Ristolainen kept talking, going into detail why he enjoys playing for Ralph Krueger, his fifth coach in seven years.

By his standards, Ristolainen, a man of few words, was gushing.

“I like whatever he does,” Ristolainen said Thursday inside KeyBank Center. “I like how he communicates with us. I like the way he talks. He talks really powerfully and everyone listens. He’s kind of the leader, everyone follows him. He brought a lot of confidence to us.

“Risto’s definitely everything that I expected him to be, a very passionate person who needs communication open and on the table and direct,” Krueger said.

The Sabres are 9-2-2 entering Friday’s road game against the Washington Capitals.

Ristolainen can probably count the successful months he has enjoyed during his 437-game career on his thumbs.

It wasn’t long ago the Sabres’ constant losing – zero playoff appearances and three last-place finishes over Ristolainen’s tenure – frustrated him so much he sounded like a guy yearning for a fresh start.

While no one would acknowledge it, the Finn almost certainly requested a trade.

Winning can cure what ails you, and Ristolainen, one of three players left from the Sabres’ two tank teams, is having fun again.

“It’s more fun when you win,” Ristolainen said. “You don’t need to worry about too much. When you come in every day, you don’t need to watch video for two hours, (talk about) what went wrong, or talk about all the things that happened and why it didn’t happen (correctly). It’s good.”

Following a wretched season in which he compiled a ghastly, NHL-worst minus-41 rating, Ristolainen has looked sturdier and more comfortable defensively.

Before the season, general manager Jason Botterill said the Sabres wanted to put Ristolainen in better situations to succeed. Krueger’s system, which Ristolainen said “fits us really well,” has helped accomplish that.

Ristolainen’s defensive awareness can be suspect. But the Sabres have been playing cohesively, meaning the five skaters help each other. Krueger also doesn’t overload his players with information, allowing them to utilize their instincts.

“Maybe in the past we had like a lot of things we needed to focus (on). Sometimes it’s too much, especially (with) a lot of young guys here. …

“(The) defensive style, we have a few things we need to know, we need to be on the same page. The rest comes.”

Krueger’s predecessors, Dan Bylsma and Phil Housley, wanted to trim Ristolainen’s ice time. Casting him in a different role could lighten his load and give him better matchups.

But they needed Ristolainen so badly he kept playing big minutes. Last season, Housley shaved nearly two minutes off (26:30 to 24:38), the first time Ristolainen had skated under 25 minutes a game since 2014-15.

Still, Ristolainen led the Sabres in ice time. This year, Ristolainen, who has played with Jake McCabe all season, is seven seconds under his 2018-19 total. He still faces the opposition’s best.

Krueger has no problem awarding him all the ice time he deserves.

“There’s never been a defined ice time for the players,” Krueger said. “(It’s) what we feel is best for the team on a nightly basis. There’s no feelings in those kind of decisions. It’s about excellence on the day.

“The minutes will fall into place according to performance. So Risto has earned every minute he’s had. There’s not a strategy to that.”

Ristolainen understands what the Sabres accomplished in October will mean very little if they fall apart again. A year ago, they imploded following their 10-game winning streak in November.

“We need to understand it’s like a marathon,” Ristolainen said of the 82-game season. “We have a lot of games left. If you (screw) up the next two weeks or take a couple days off, it’s going to turn around real quick.”