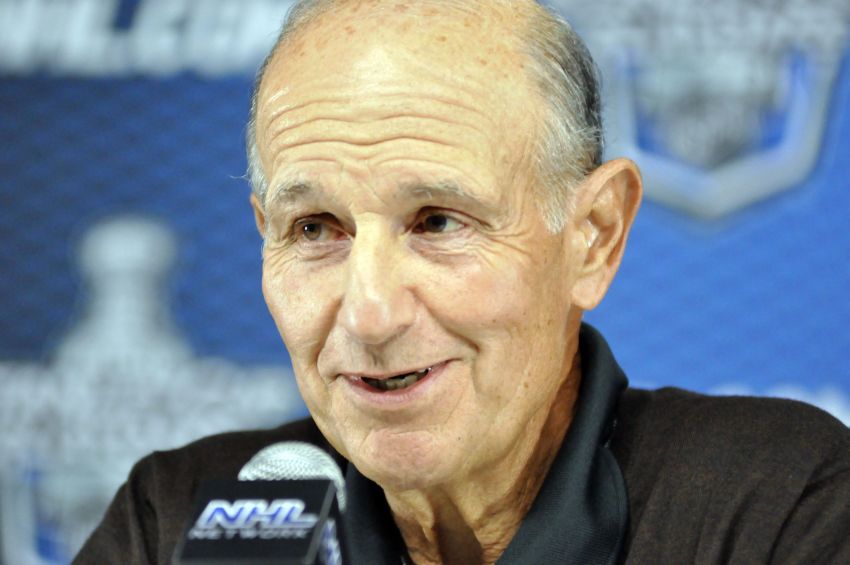 AMHERST – Perhaps today’s meeting between players and owners in New York can facilitate some meaningful dialogue, even generate a breakthrough in the contentious negotiations between the NHL and the Players’ Association.

Eighty days into the NHL lockout, adding a fresh dynamic to the stale labor talks could be beneficial, some Buffalo Sabres players said.

“I don’t know if it will (facilitate dialogue), but it’s worth a shot,” Sabres winger Thomas Vanek said Monday after skating inside the Northtown Center. “It can’t get much worse than it is, I guess. I don’t know if anything’s going to come out of it, but why not try?”

NHL commissioner Gary Bettman had proposed that he and NHLPA executive Don Fehr exit negotiations, leaving the room to players and owners. On Friday, before the meeting’s format was tweaked to include additional representation, Sabres mostly blasted the idea.

Defenseman Jordan Leopold, the Sabres’ union representative, said Friday he wanted no part of a meeting under that format, an opinion he claimed Monday stemmed from wanting to stay home with his children. Vanek, meanwhile, called it a “PR stunt.”

“You try to expend everything, every option there is,” Leopold said. “It’s a unique, different variance of negotiation styles. Do I know if it will get us anywhere? I don’t know. You can’t predict that. The guys that are in there, I think we have a lot of belief in those guys.

“Hopefully, if anything, there’s some dialogue that will move us forward in the right direction.”

Vanek added: “As long as Steve is in there it’s good. I think … for us it’s good. It gets Gary out of there, get some new owners involved. I don’t see anything wrong with it.”

Players plan to pick their six-person group this morning following an internal meeting, according to Yahoo! Sports. According to a published report, Sabres goalie Ryan Miller, a vocal critic of the lockout, is in New York and would seem to be a prime candidate to speak with the owners. Pittsburgh superstar Sidney Crosby and Chicago captain Jonathan Toews are also in New York, TSN reported.

The six owners attending will be: East Aurora native Jeremy Jacobs (Boston), thought to be the hardest of hardliners and Bettman’s biggest ally; Ron Burkle (Pittsburgh), who has a favorable history with unions; Mark Chipman (Winnipeg), whose small-market Jets are losing the momentum they generated last season during their return; Murray Edwards (Calgary), another reported hardliner; Larry Tanenbaum (Toronto), whose Maple Leafs are worth $1 billion, according to Forbes.com; Jeff Vinick (Tampa Bay), whose Lightning are believed to be bleeding money.

“I think it’s good in some ways, and I think it’s bad in some ways,” he said. “It’s nice I think to have new owners involved. But I feel that we should have our leadership there in Don, too. So, evidently, I’m not sure what to think.”

However, Regehr, who’s attended some meetings with the NHL brass in recent months, has the “utmost confidence” in whatever group ends up speaking with the owners.

“The players for the most part that are going in are informed,” he said. “I think they all have other players’ best interests at heart.”

Given the hard feelings between the two sides, could the gathering become contentious?

It should all make for an interesting meeting.

Sabres prospect Daniel Catenacci has been invited to Team Canada’s prestigious world junior national team camp. The 19-year-old forward, the 77th overall pick in 2011, has 17 goals and 43 points in 29 games this season with the Ontario Hockey League’s Owen Sound Attack.