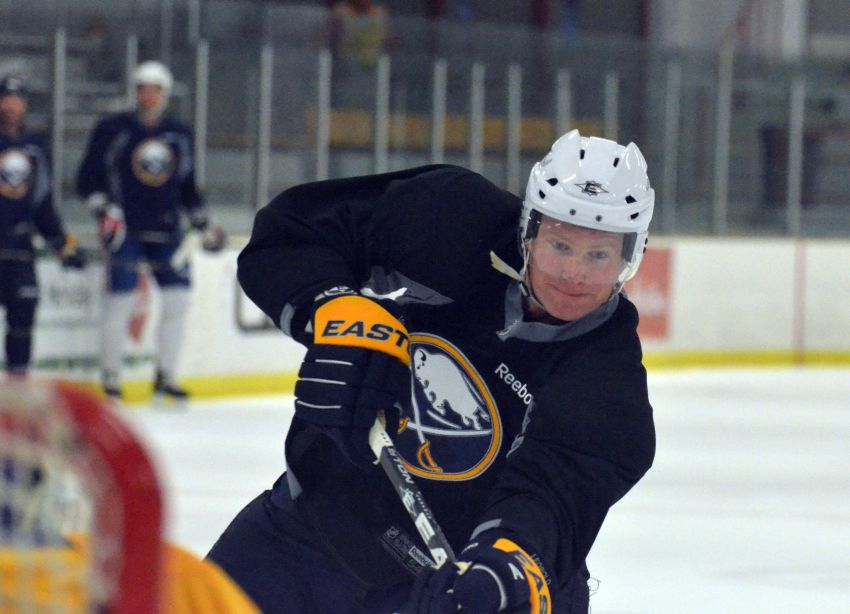 AMHERST – Mediation, as expected, failed to ignite talks between the NHL and the Players’ Association.

Seventy-seven days into the lockout, nothing has gotten the sides on the same page. The clock’s already ticking on the 2012-13 season.

So what about that meeting limited only to players and owners NHL commissioner Gary Bettman proposed Thursday after the two days of supervised talks broke down? Could that work?

Bettman and NHLPA executive director Don Fehr would be gone, creating an odd dynamic in what surely would be a contentious atmosphere.

The union’s discussing the idea. But based on what several Sabres said Friday, it appears unlikely the meeting will ever happen.

“I’m not going to be there,” defenseman Jordan Leopold, the Sabres’ union representative, said after skating inside the Northtown Center. “I don’t want any part of it.”

He added: “I think it’s funny we have Don Fehr on our side. After two years, he seems to get under the owners’ skin. They want to remove one for one. I don’t know where this will lead us. It’s an interesting concept.”

“But once it really comes down to (it), it’s just a lack of respect (for) our contracting rights and stuff. It’s beyond me that they’re even talking about that stuff.”

Sabres captain Jason Pominville, who’s leaving to play with the DEL’s Mannheim Eagles in Germany, doesn’t like the idea much, although he’d try it.

“Gary’s been there for 18 years,” Pominville said. “Now we have Don who’s a solid representative. He knows what he’s doing, and we’ve worked hard to get him to where we’re at now. I mean, why would we want to meet without him there?

Decertification could be the best way for the NHLPA to hammer out a new collective bargaining agreement and play this season. Dissolving the union and creating a possible court fight would be a risky move, though.

“I think it’s our next move,” McCormick said about decertification. “We’ve tried everything else. It’s something that almost has to be done. We’ve been in the conference calls. We’ve been at the tables trying to get the negotiations going. It’s tough when you’re negotiating against something that’s not really helping you negotiate back.”

Pominville worries decertifying would “wash the season out.” NHL deputy commissioner Bill Daly has threatened the move would end the season.

“It can take a lot of time to settle,” Pominville said. “We’ll have to wait and see if that’s our next step. And if it is, I’ll support it. If not, I’ll support whatever the union does.”

Clearly, this fight has become about more than money. The sides are reportedly only $182 million apart over the life of a potential five-year CBA, just $1.2 million annually for each of the 30 clubs.

Contentious contracting issues remain, however. Owners, for example, want to limit the length of contracts, an issue Vanek said the players are “never going to give up on ever.”

“It’s the right of every player before me and after me,” he said. “If a team wants to sign a guy for seven, eight, 10, 12 years like Minnesota did two guys (Zach Parise and Ryan Suter), good for them. No one’s telling them to do that. That should be a player’s choice, too. A player doesn’t have to sign it if he doesn’t want to. Both sides are willing to. Why stop it?”

A clearer picture of the lockout’s future could emerge when the NHL’s Board of Governors meets Wednesday in New York. Perhaps a drop-dead date to save the season will materialize.

In the meantime, players are sticking together.