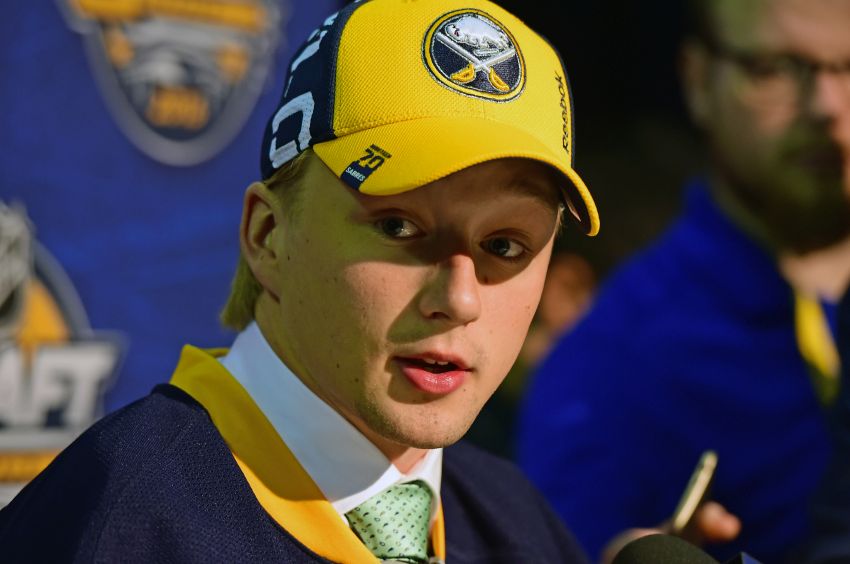 Clearly, the Sabres liked the chemistry the two showcased together representing Sweden, as they drafted Asplund, 18, with the 33rd pick this morning inside the First Niagara Center.

“He was one of the guys I had the best chemistry with in my whole career,” an excited Asplund said.

The Sabres acquired the Asplund pick with defenseman Dmitri Kulikov from the Florida Panthers for defenseman Mark Pysyk and the 38th and 89th picks.

Having the Sabres move up to grab him was special, Asplund said.

Asplund said he will likely play in Sweden again next season. He said he spoke to the Sabres two or three times before the draft.

The Sabres drafted Casey Fitzgerald, a 5-foot-10, 186-pound defenseman from Boston College, 86th overall. Fitzgerald, 19, had four goals and 29 points in 37 games last season. He was passed over in the draft last year.

The Sabres drafted Brett Murray, a 6-foot-4, 217-pound winger with the junior Carleton Place Canadiens, 99th overall. Murray, 17, had 14 goals and 48 points in 46 games last season. He plans to attend Penn State University in the fall.

With the next pick, the Sabres selected Vojtech Budik, a 6-foot-1, defenseman with the Western Hockey League’s Prince Albert Raiders. Budik, 18, had three goals and 16 points in 70 games.