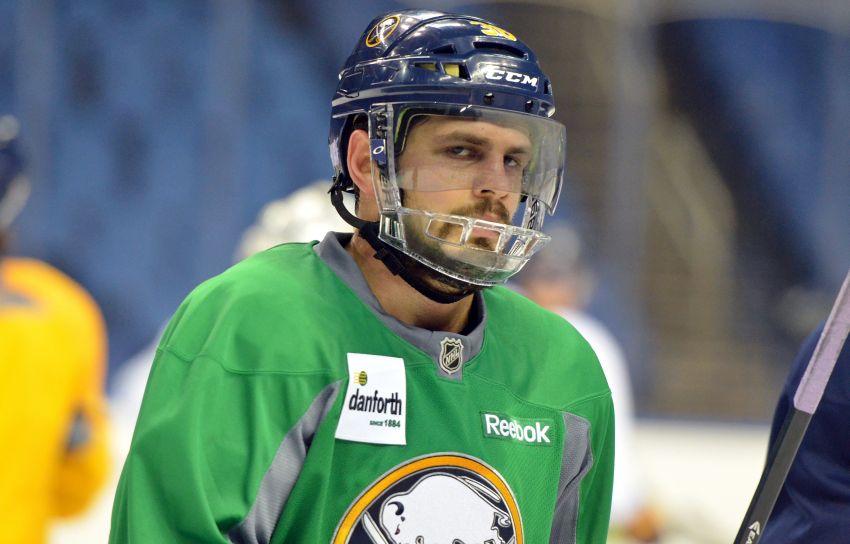 BUFFALO – Patrick Kaleta’s home season debut will have to wait. Sabres coach Ted Nolan will scratch the winger for tonight’s tilt against the Toronto Maple Leafs inside the First Niagara Center.

Marcus Foligno, out five of the last six games with a shoulder injury, will replace Kaleta. The Sabres will make one change on defense, inserting Andrej Meszaros, a healthy scratch the last three contests, for Andre Benoit.

There was some speculation Nolan might bench struggling forwards Cody Hodgson and Chris Stewart, who both have one goal and two points in 18 games. Both played about eight minutes Thursday.

Hodgson, who’s been in Nolan’s doghouse all season, believes “frustration only leads to more frustration.”

Nolan said Hodgson has been meeting every day with assistant coach Bryan Trottier.

“When you go through something like this, the only thing that you can do is have some perseverance and keep doing it,” he said.

The Sabres, losers of four straight games, are 13-1-1 in their last 15 home games against the Leafs. Nolan beat Toronto in his debut as Sabres coach one year ago today.