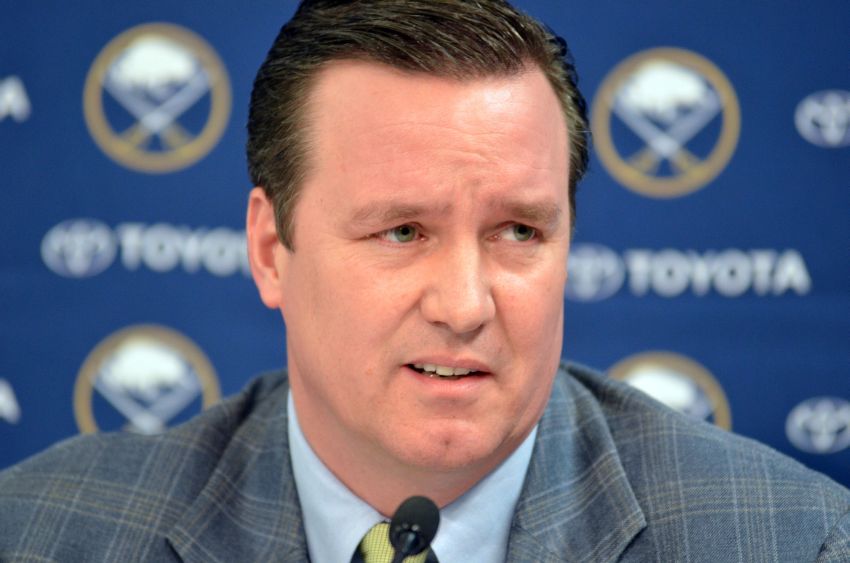 Brandon, the managing partner and president of the Buffalo Bills, a team also owned by Sabres owners Terry and Kim Pegula, will oversee all aspects of the business operations for both teams and report directly to the Pegulas.

“Since we purchased the Buffalo Bills last October, we have been highly impressed with the business acumen that Russ has shown with the Bills,” Terry and Kim Pegula said in a statement. “Now is an appropriate time to give him additional responsibilities with the Sabres. Russ will work with Pegula Sports & Entertainment to create strong synergies between the Sabres and Bills. With Russ’ strong ties to the area business community and sponsorship partners, he will effectively position both organizations for future growth. We are grateful to Ted Black for all he has done for the Sabres organization and wish him much success in his future endeavors.”

Black spent time with the Pittsburgh Penguins and Fox Sports Pittsburgh before he joined the Sabres when the Pegulas purchased the club in 2011.

Brandon joined the Bills in 1997 and has been team president since 2013.

Stay tuned for more details. Brandon will meet the media at 2:30 p.m.

Update: Here are some quotes from Brandon, who said he had his first conversation with the Pegulas about the presidency Saturday.

Brandon, a Syracuse native, became emotional this afternoon and broke down when reflecting on his climb: “Just thinking of my dad today and my mom back in Syracuse. I’m from very humble beginnings. I’m the definition of regionalization. I went to school in Rochester and then lived here for 18 years. A lot of reflection going through my mind today and people. I would not be here if it wasn’t for my staffs, people along the way (with) my (Florida) Marlins career, my college coaches. It’s an emotional day. It’s a great day. I’m overwhelmed.”

On the business opportunities he’ll have with the Sabres: “They had 17,200 people at a scrimmage. I remember when Jim Kelly came here, and this is the only thing I’ve seen close to it with this young man (Jack Eichel) coming in. So I think the excitement around what Tim has done … make for a very bright future from a business standpoint.”

On what his typical day could be like: “I’ve been thinking about that for the last six hours. I will certainly lean on my staffs. I will have to figure that out as I go.”

On how he’ll be with the hockey decisions: “I couldn’t be more hands off.”