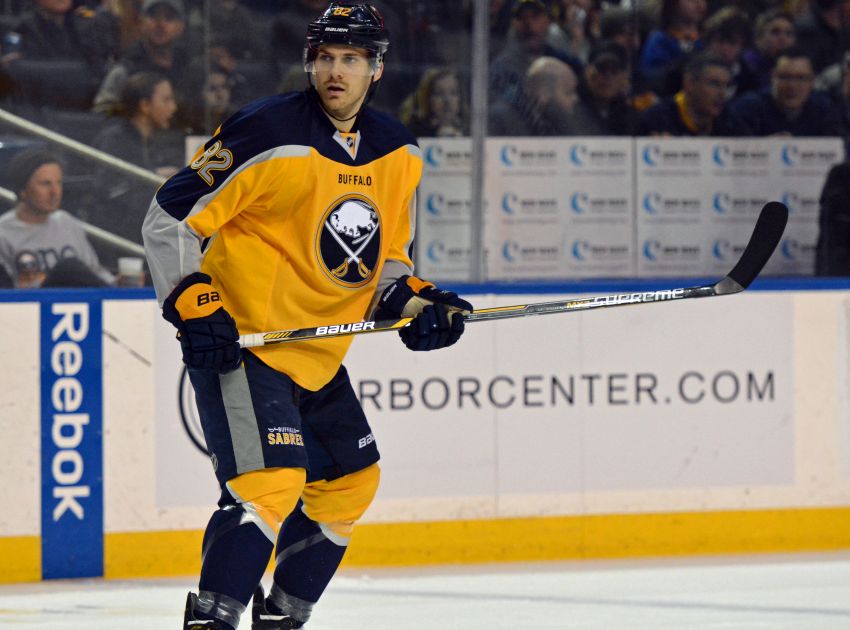 “He had to go out and one-up me,” Marcus Foligno joked Monday prior to the Sabres’ 4-3 win against the Carolina Hurricanes inside the First Niagara Center. “I gave him a nasty text message. He got the message after that.”

Kidding aside, Foligno’s happy his brother, an NHL All-Star Game captain in January, has morphed into a star in his eighth NHL season.

“To see him having the year he’s had, it’s been pretty inspirational for me,” he said.

Marcus Foligno could follow a similar path. He occasionally looks like a dominant power forward, using his 6-foot-3, 223-pound body to create space and some soft hands to score goals in bunches. Still, three years into his career, he hasn’t harnessed much consistency.

“He’s going to be a big part of the future in this organization, this team,” Nolan said. “There’s no better time than right now to give him those minutes and give him that experience and give him that when he’s tired and he’s got to learn to get out. Those are all the requirements of the top two, three lines. When you’re tired, you got to keep going. Plus he’s been playing really well for us.

“So I think (Wednesday) was arguably one of the best games he’s played for us all season.”

Nolan thinks “the sky’s the limit” for Foligno, someone he projects as a second- or third-liner. Foligno has been playing on the left wing with center Mikhail Grigorenko and Brian Gionta, the team’s second line.

“He’s big,” Nolan said about Foligno. “He hits hard. He’s not afraid. He goes to the net. He’s got hockey intelligence.”

Foligno, who has eight goals, believes he was a “little bit overdue” before scoring for the first time since Feb. 8 in the Sabres’ 4-3 loss to Chicago. He had to do something with all that ice time.

“I feel that my game has been more consistent, too,” he said. “I think the work ethic was always there every night. Maybe that was one reason I kept getting those minutes.”

Update: The Sabres have assigned Schaller and goalie Andrey Makarov to the AHL.

In goalie news, Matt Hackett (soreness) still can’t skate and Chad Johnson (ankle) is skating on his own, Nolan said.

Martin, a defenseman picked 74th, had seven goals and a career-high 38 points in 69 games with the Western Hockey League’s Swift Current Broncos and Saskatoon Blades. He has 15 goals and 94 points in 211 WHL games.