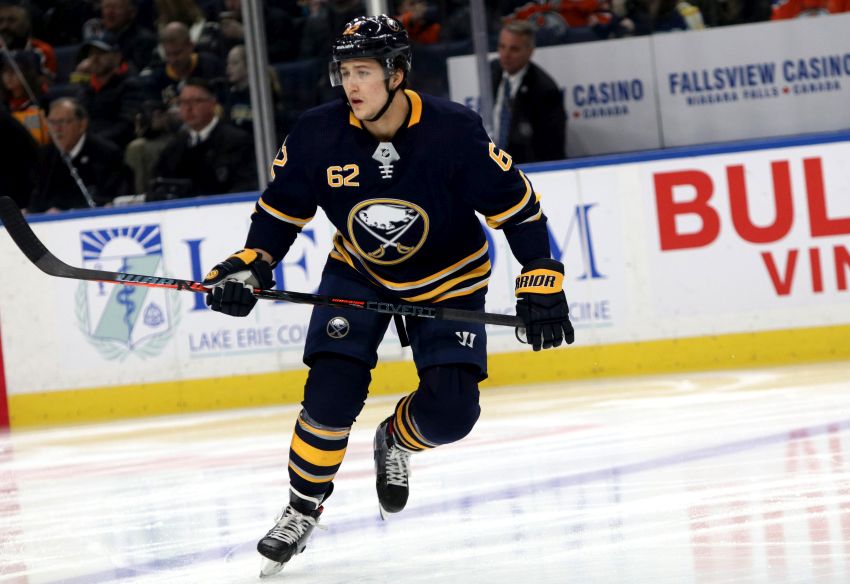 BUFFALO – For three or four weeks after Brandon Montour injured his left hand, the Sabres defenseman would dress in his full gear and skate around the ice without a stick.

“You can imagine how frustrating and how tough that was,” Montour said after returning to practice today inside KeyBank Center.

Montour, out since Sept. 17, couldn’t grip a stick at first. But he has graduated to full-contact practices and is officially day-to-day.

“I felt like a hockey player again,” Montour said.

Scandella has been a strong contributor throughout the Sabres’ torrid start. He was hurt in Wednesday’s 6-2 road loss to the New York Rangers.

To add defense depth, the Sabres recalled Will Borgen from the Rochester Americans this morning. They also summoned Borgen on Friday before sending him down.

Montour, 25, has endured a frustrating five or six months.

He hurt his knee playing for the Team Canada at the World Championship after last season. Then he injured his hand in his preseason debut in Columbus just days into training camp.

“I focused all summer with getting my knee healthy and feeling good going into the year and then obviously a little freak accident happens like this,” Montour said. “I didn’t think too much of it right off the hop, but (it was) a little more serious than I thought and took, obviously, a little more time than I wanted.”

At first, Montour said, he didn’t think his hand injury was serious.

“I just couldn’t handle my stick, couldn’t grip my stick, so I took the rest of the night off,” he said. “I went for an X-ray the next day and sure enough, there was something wrong it.”

Coach Ralph Krueger said Montour has been participating in all team meetings, so he understands how the Sabres want to play.

“But it’s still a lot different when you have to put it into action,” he said. “It’s day-to-day to see him get integrated here. We’ve got no timeline on the re-entry.”

Montour scored three goals and 10 points in 20 games last season after arriving in trade from the Anaheim Ducks on Feb. 24.